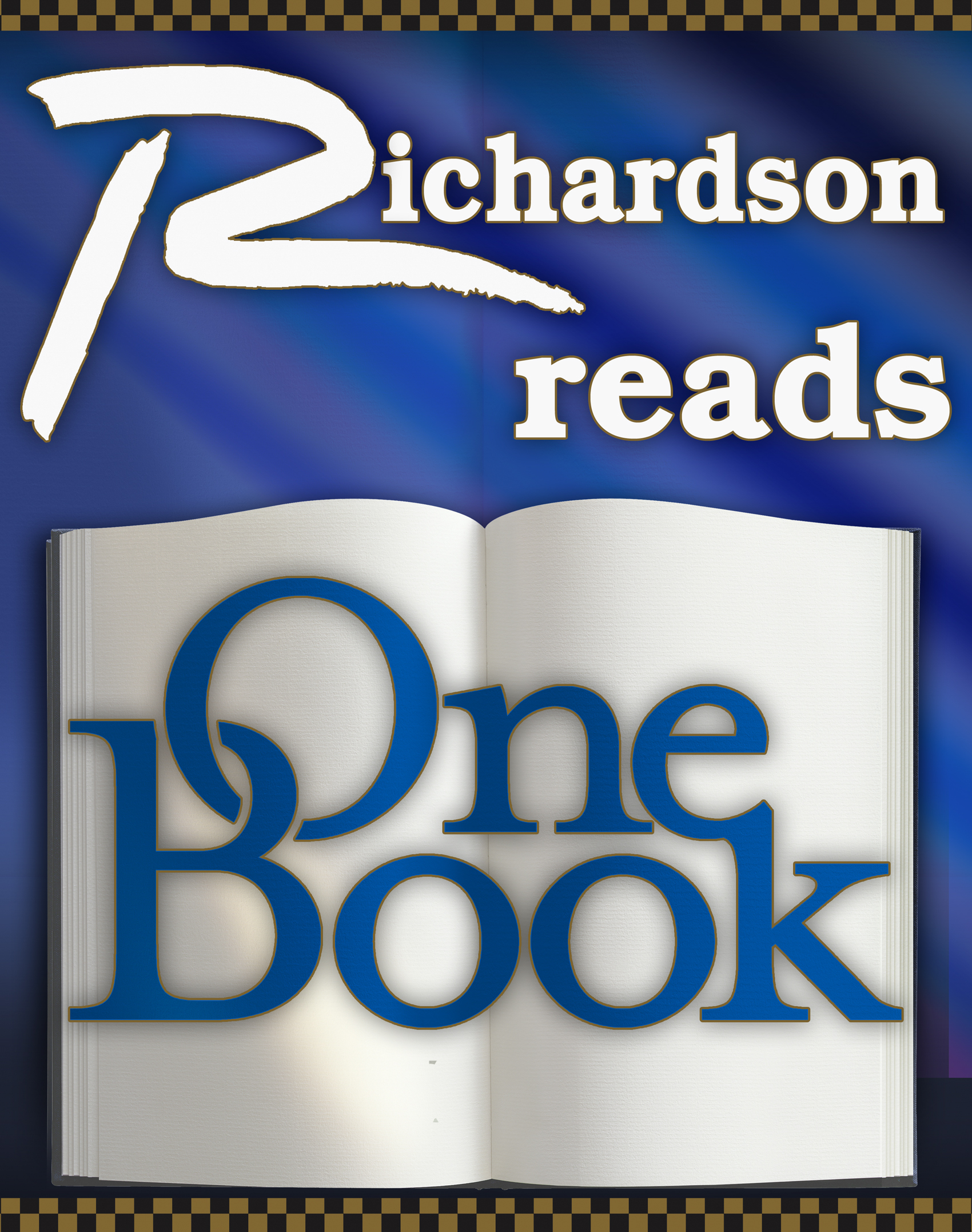 
WELCOME TO RICHARDSON READS ONE BOOK

Pick up your copy at Half Price Books Richardson!

Past Richardson Reads One Book selections have been:

The Sloan, Divakaruni, Ford, Stein, Relin, Bohjalian, Walls, Picoult, and Hyde author lectures are available on DVD at the library.

Contributions are welcomed and may be sent to RROB, c/o Richardson Public Library, 900 Civic Center Drive, Richardson, TX 75080. RROB is a 501(c)3 organization.

Thank you to all our donors. Major donors' logos are below. A complete list of donors can be found at right.

This program is made possible in part by:
The City of Richardson through the Richardson Arts Commission and by a grant from Humanities Texas, the state affiliate of the National Endowment for the Humanities.

The mission of the Richardson Reads One Book program is to promote and support reading, and to develop aesthetic, cultural, educational, and related activities for the benefit of participating residents of the Richardson/RISD area. The goals of RROB are to build community participation in an annual program that selects and reads one particular book that is carefully chosen for its general interest as well as for its timely, thought-provoking issues; and to encourage citizens of our richly diverse community to come together to openly discuss the book and the issues it raises. The chosen book will be available in paperback and preferably will also be available in another format such as an audio recording or a film. The book will be accessible to high school as well as to adult audiences.

Accommodations for Persons with Disabilities: call 972-744-0908 or email ADACoordinator@cor.gov.


FREE tickets available at the Library beginning at 9:00 a.m. on Tuesday, September 3rd.

For more information on Richardson Reads One Book, please call the Library at 972-744-4350.

Funded in part by the City of Richardson through the Richardson Cultural Arts Commission and a grant from Humanities Texas.