Both residential and non-residential projects are eligible for consideration. More than 211 properties have been recognized since the Program’s inception in 1994. Recipients are recognized by the City Council with a reception and award presentation ceremony held in January of each year.

The 2015 Community Revitalization Awards presentation was held during the February 1, 2016 City Council meeting.

This 1960’s home in Canyon Creek was torn down to make way for this 2-story home that features a covered stone porch with square cedar columns. The brick home was designed with multiple gables over the second story windows, accented with brick accents on the gables and window sills. The home, which sits below street level, is accessed via a new walkway with stairs framed by decorative retaining walls leading to new landscape beds at the front of the porch. 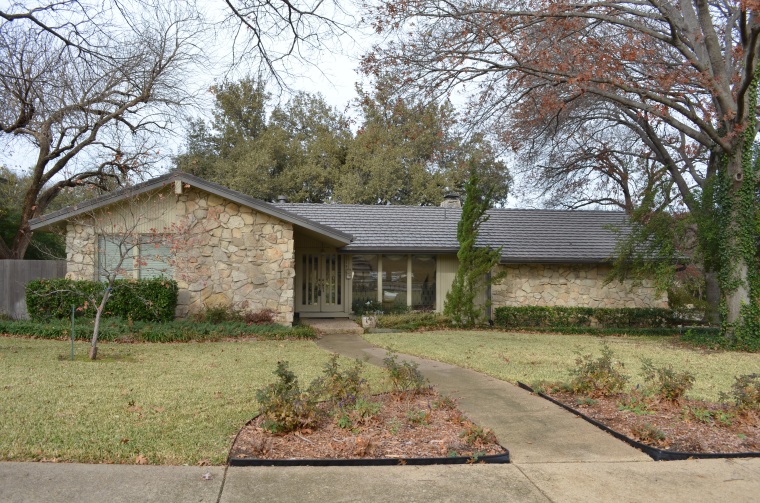 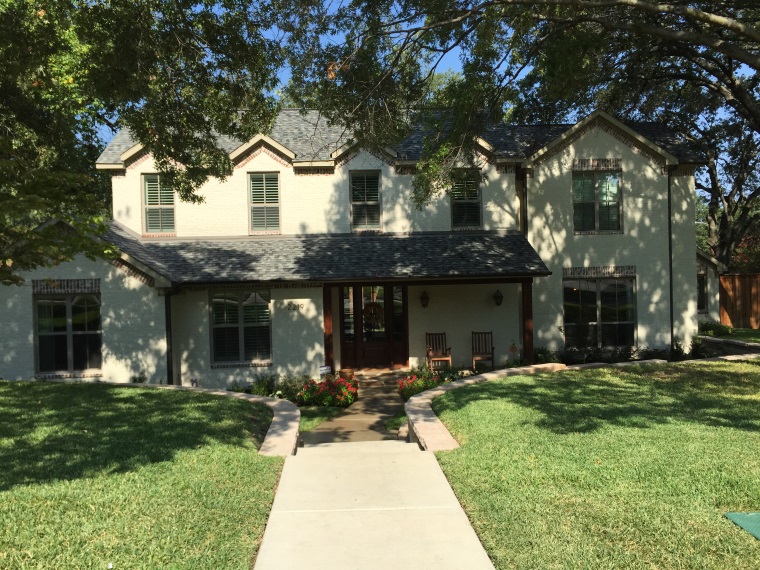 This 1960’s home, located in the Reservation, was torn down and rebuilt in 2014. The 2-story brick, Craftsman style home features a large, covered porch accented with white columns atop stacked stone bases. The porch and walkway utilize stone as well as create a consistent look for the front of the home. A second story dormer provides a modern touch indicative of the Craftsman style. Two large trees were preserved and anchor either end of the new landscape beds lined with stone to complement the porch. 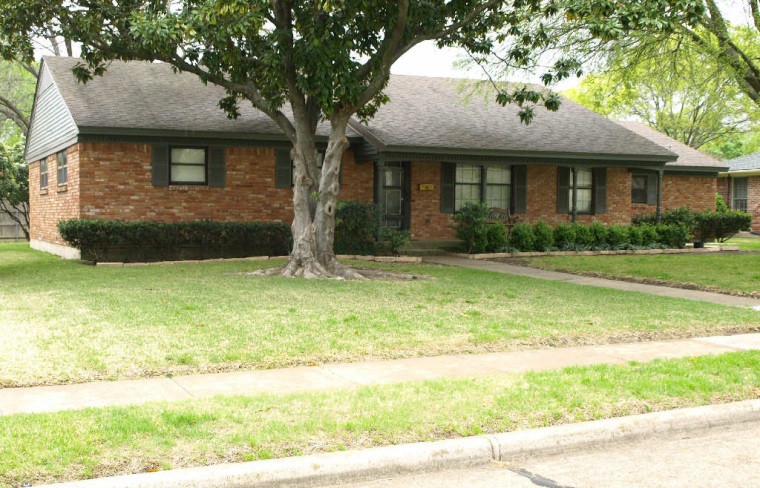 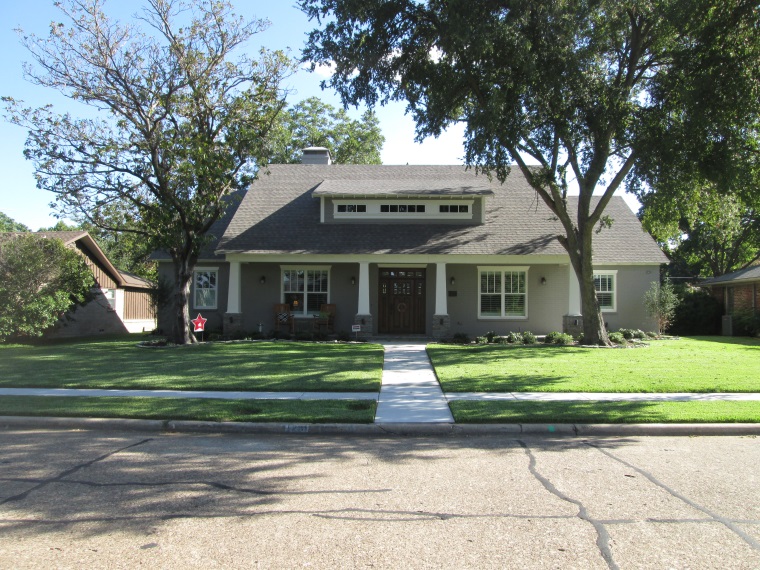 This 1960’s home in the Reservation neighborhood was replaced with a modern style, two-story brick home featuring a stone arched entry which matches the arched windows utilized across the front façade. Varying roof lines provide architectural interest and provide offsets between the first and second story portions of the home. A mature tree in the front yard is complemented with new landscape beds, which were planted with a variety of seasonal color. 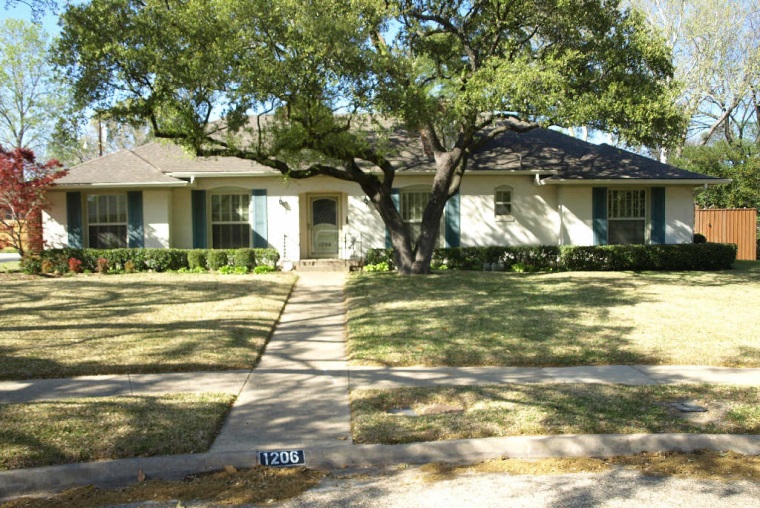 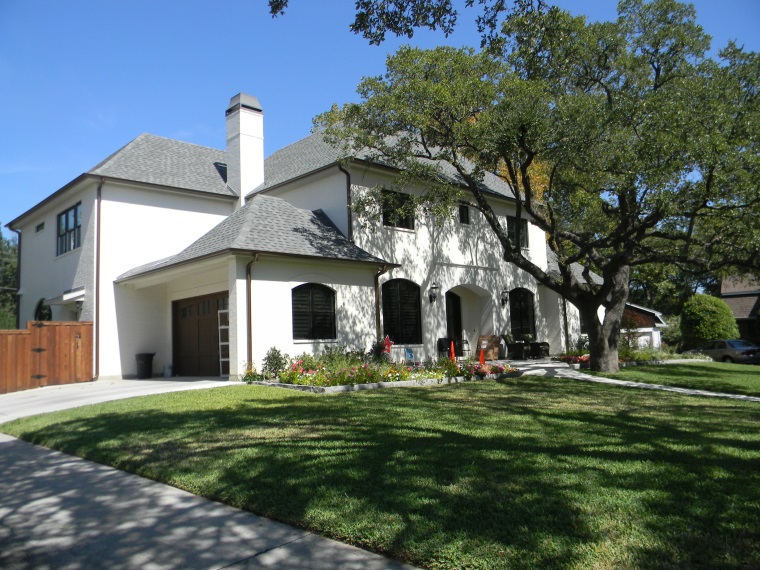 This 1960’s Arapaho Heights home was demolished in 2012 after a fire destroyed the home and a new traditional style brick home was completed in 2015. A large covered porch with decorative square columns and a standing seam metal roof accent the front façade. The two-story brick home also features multiple gables over the covered porch. Landscaping along the front elevation was updated and complements the mature trees maintained by the homeowners. 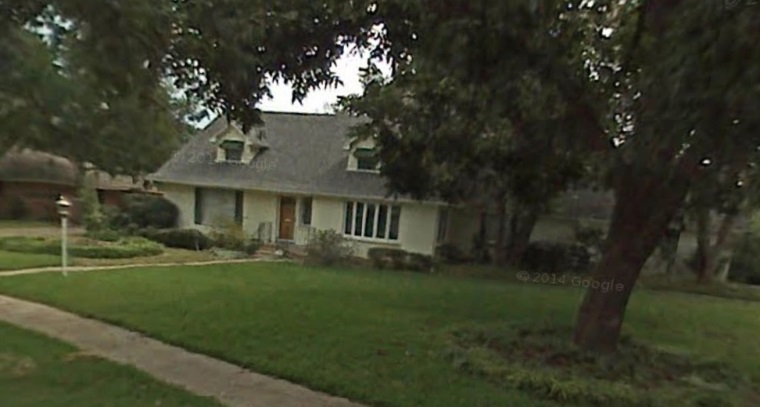 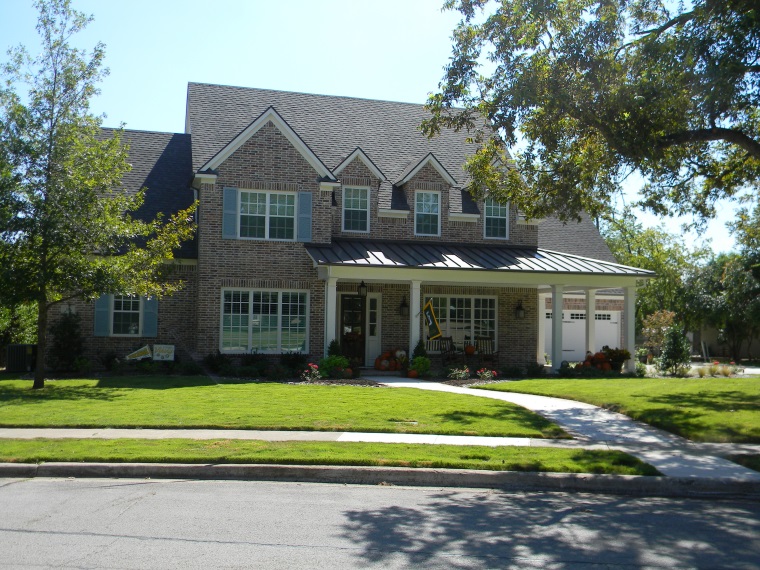 Completed in 2015, this 1960’s Canyon Creek home underwent a major remodel which included the addition of a second story. Multiple gable styles and varying roof lines were incorporated into the remodel which was sensitive to the scale and design of surrounding homes. Additionally the materials used seamlessly incorporated the addition in with the existing home. Updated landscaping along the front of the home was installed, accenting the large, mature canopy trees that were maintained. 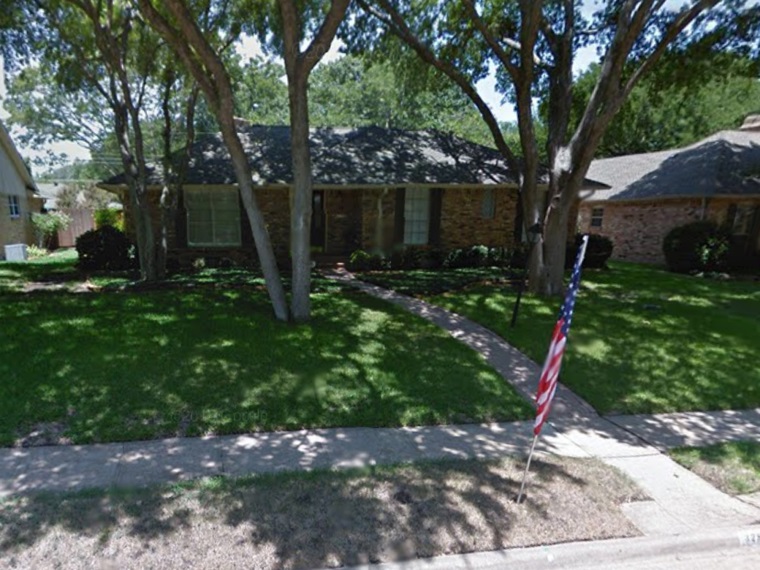 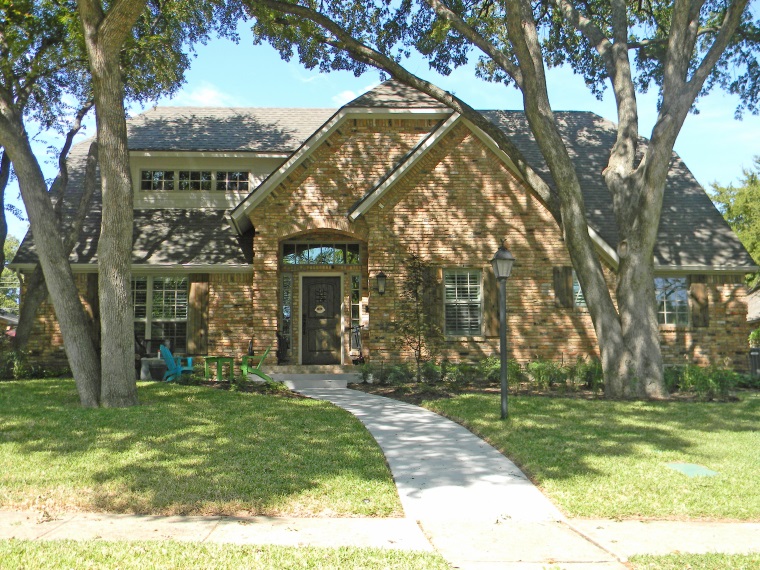 This 1960’s home in Canyon Creek was torn down and rebuilt in 2014. The two-story brick home features a covered front porch with three stone columns across front porch and is accented with a standing seam metal roof. Varying roof lines and different window shapes and sizes add interest to the front façade. A two story stone tower feature on the corner of the home highlights large windows showcasing the interior staircase of the home. The existing trees in the front yard were maintained and supplemented with new landscape beds, featuring ornamental trees, shrubs and ground cover. 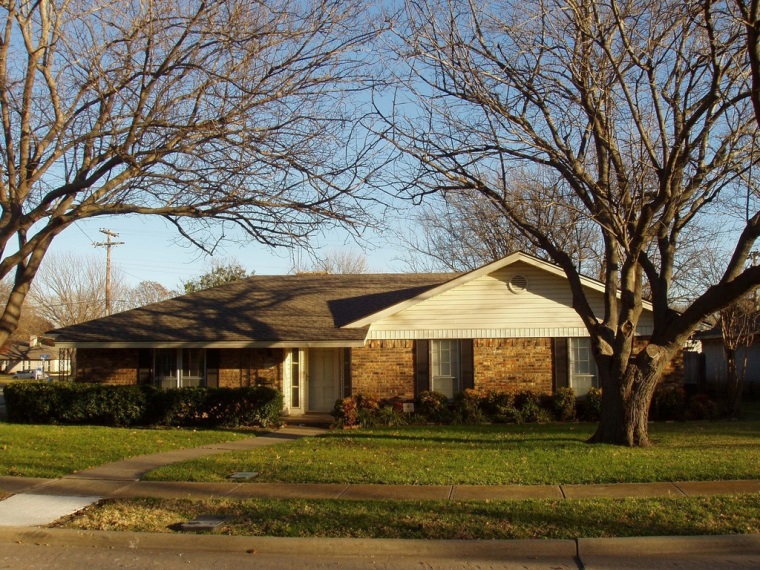 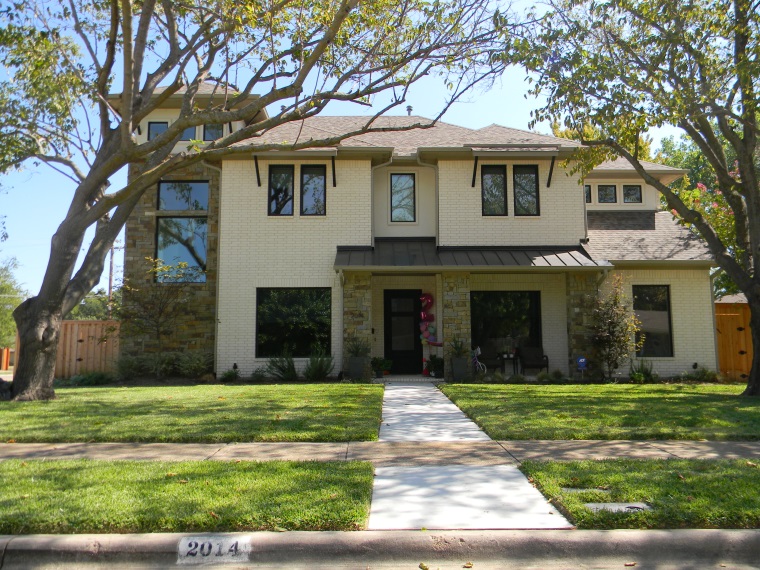 This tear down and rebuild in Canyon Creek features a contemporary two story home. The exterior mixes limestone and stucco with cedar beams to create a modern southwest style. The home also features a dark bronze, low-pitched, standing seam metal roof and brown wood windows. Completing the look is a custom mahogany front door and drought resistant landscaping in the front beds along with a new walkway accenting the contemporary style of the home which leads to the new front porch. 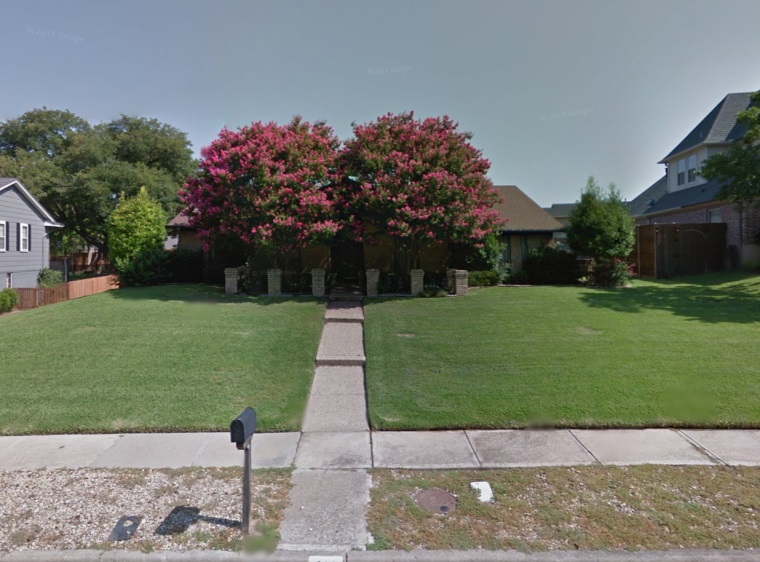 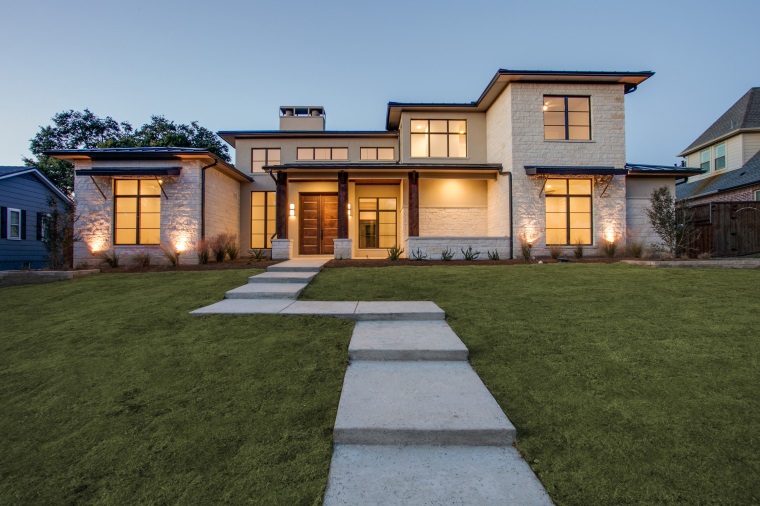 This office building, constructed in 1964, was recently purchased by a new owner and remodeled in 2015 with the intent of re-tenanting the building with office tenants. Updates to the site include the addition of a new parking area along Newberry and the implementation of a new landscaping program utilizing native, drought-tolerant plants that complement the building’s updated look. Building improvements include painting the exterior, the addition of new doors and windows and the replacement of a failing roof. Additionally, the owner added horizontal cedar plank accents as well as a horizontal wood fence, which screens the building’s mechanical equipment, while also serving to provide a more contemporary style for the property. 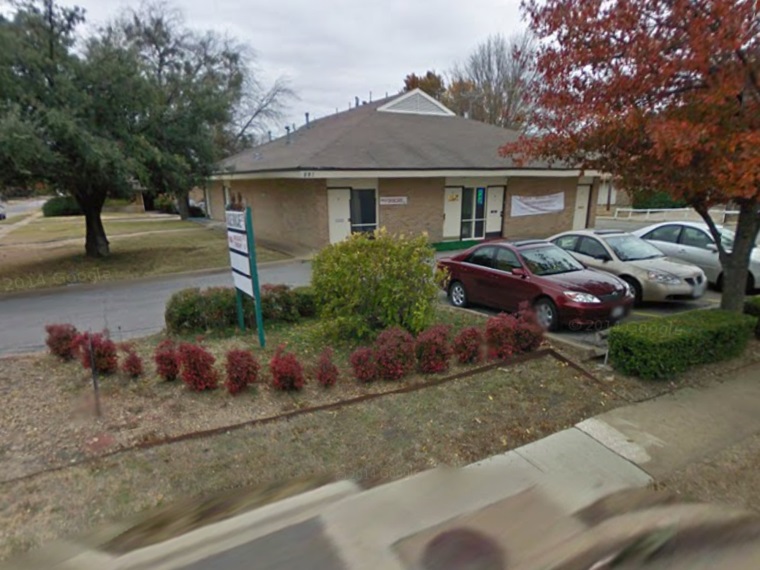 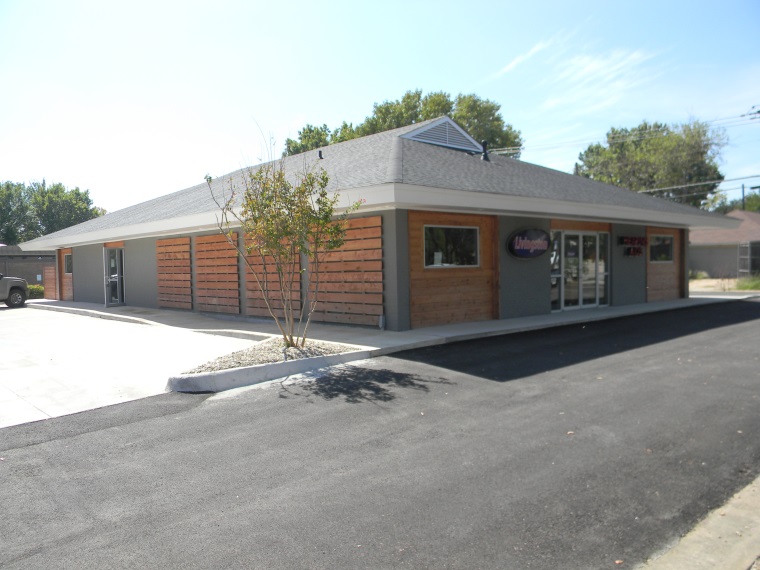 The property, located on the north side of the Two Creeks Shopping Center, represents revitalization as a redevelopment site but also an infill site. For many years the site was a service station. Several years ago the service station was demolished and the site remained vacant until the property was purchased to construct a new veterinary clinic.

The new vet clinic is constructed in a residential style using a combination of brick and stone. A large gable at the center of the front elevation emphasizes the entrances which are each outlined by cedar columns set atop low brick walls. The new landscaping, sidewalk, and wrought iron fence complete the project, which, over eight years, has been transformed from a vacant service station to a new neighborhood vet clinic. 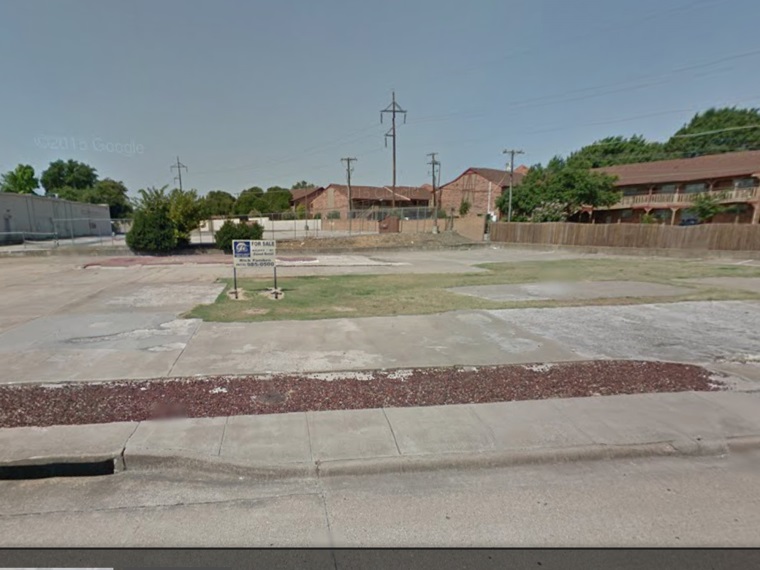 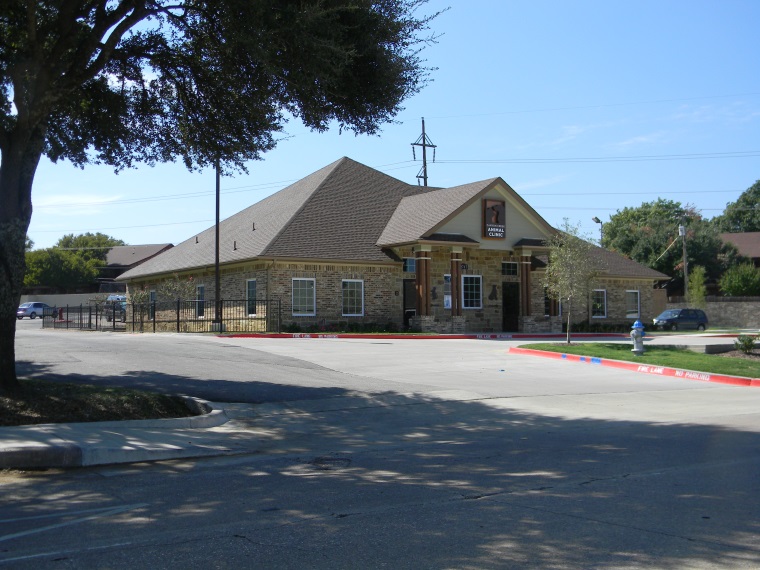 This property was originally developed in 1962 by the United States Postal Service. Since that time, the facility has been occupied by various office and institutional uses before being vacated in 2008. The current owners purchased the property in 2015 with the intent of remodeling the property for their website development and marketing company which is specifically focused on dentistry.

Extensive changes include the elimination of a driveway and parking area along Lockwood which was replaced with new landscaping and a sidewalk, expansion of the southeast corner of the building for a conference room, and replacement of outdated windows. Additionally, the building was repainted and clad with horizontal metal accent materials. The updated look provides a modern looking building well-suited for a new tenant whose work is focused on digital marketing and web design. 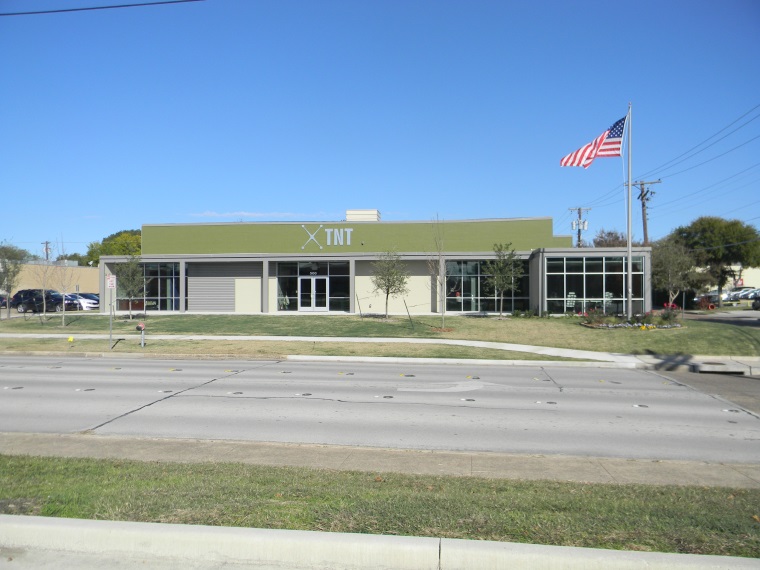