Both residential and non-residential projects are eligible for consideration. More than 235 properties have been recognized since the Program’s inception in 1994. Recipients are recognized by the City Council with a reception and award presentation ceremony held in February of each year.

The 2016 Community Revitalization Awards presentation was held during the February 13, 2017, City Council meeting.

This 1960’s Canyon Creek home underwent an extensive remodel, which was completed in 2015. The improvements include a second story addition and a new first floor design on the existing slab. The original brick line was raised to match the new interior ceiling heights of 10 feet. The Cape Cod-style elevation was designed around maintaining the two majestic trees in the front yard. A large covered porch with a standing seam metal roof was added as well as a second floor wrapped with authentic cedar shake shingles. The judging committee noted that the remodel was a fresh take on a classic look, yet blended into the style of the neighborhood. 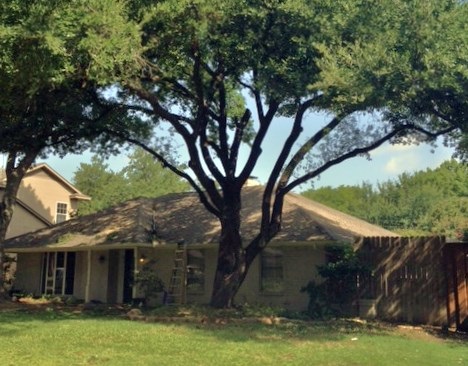 The existing 1969 Prairie Creek home was demolished creating the opportunity for a California-styled contemporary home. The façade features red brick with clear pine accents, showcasing floor to ceiling windows throughout the home. A new side patio extends the living space and is enclosed with a metal and wood fence. New landscaping beds along the front of the home and removal of ivy beds along the street modernize the front yard design. 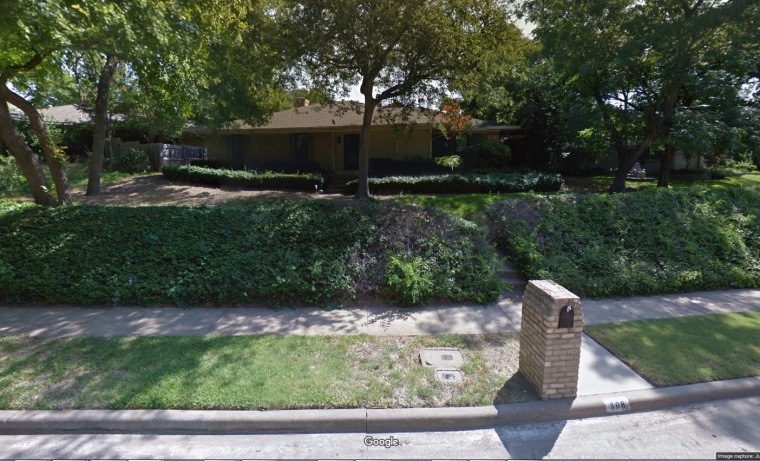 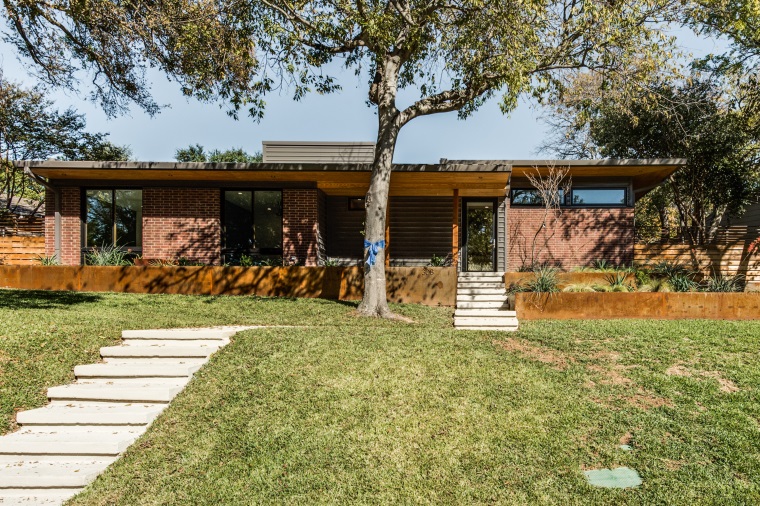 This Arapaho Heights ranch home built in 1962 was renovated inside and out. The project was designed and managed by the owners of the home. Exterior improvements include new windows and doors, and painted brick. The new concrete walkway welcomes visitors to the home. New landscaping reflects the modern styling of the home. A fountain utilizing leftover granite from the kitchen renovation and bench built from wood from the new backyard deck were installed adjacent to the front entry. The committee felt that the improvements were true to the neighborhood, noting the wide walkway and distinctive landscaping. 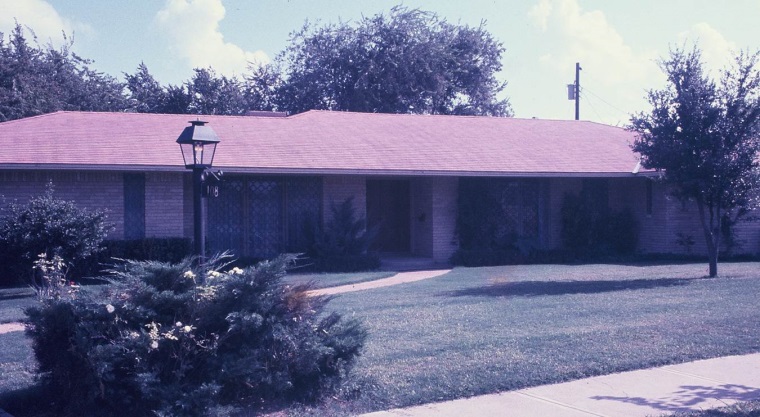 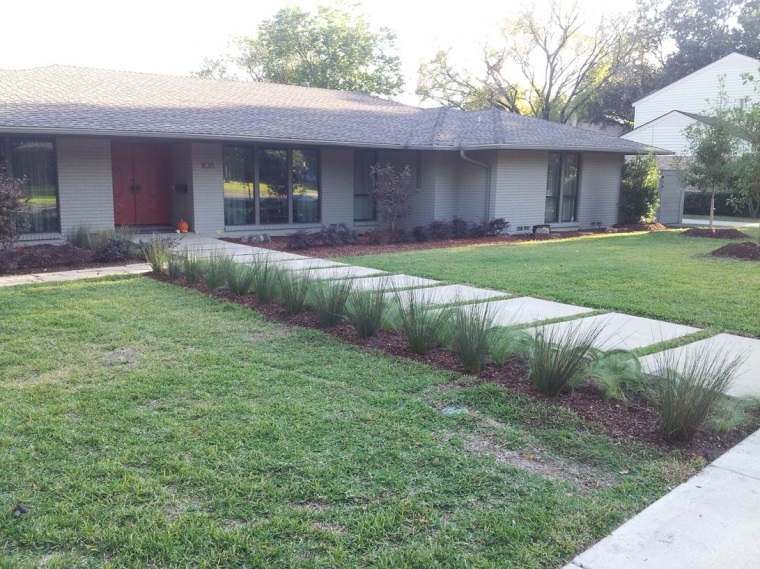 This 1960’s condemned home was torn down and replaced with a 4,300-square foot, four bedroom home. The modern style structure includes stucco, brick, and wood in its exterior façade. Built to LEED standards, the home’s character is highlighted by floor to ceiling windows allowing ample natural lighting. An accent wall shields views into the home while allowing natural light into the interior space. The judging committee felt that the new home sets a new tone for the neighborhood with an outside the box design that complements the neighborhood. 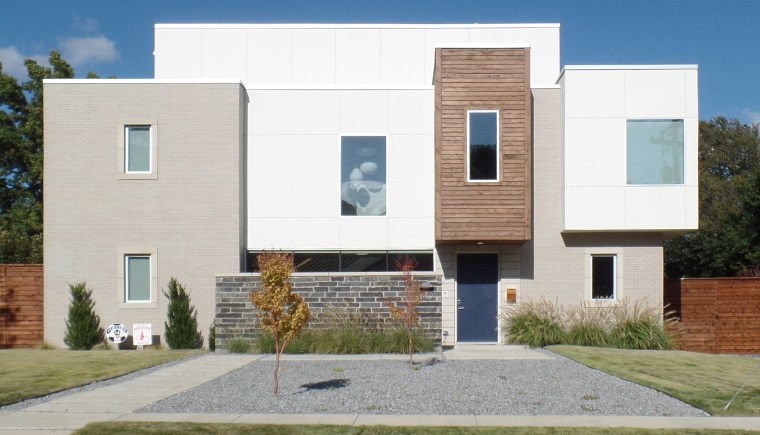 The original 1960's Prairie Creek home was torn down and replaced by a modern traditional-styled two story home with a full length front porch creating a balance with three French-doors. Windows were placed along the upper floor and an accent dormer over the front-facing garage feature accent gables that complete the new home design. 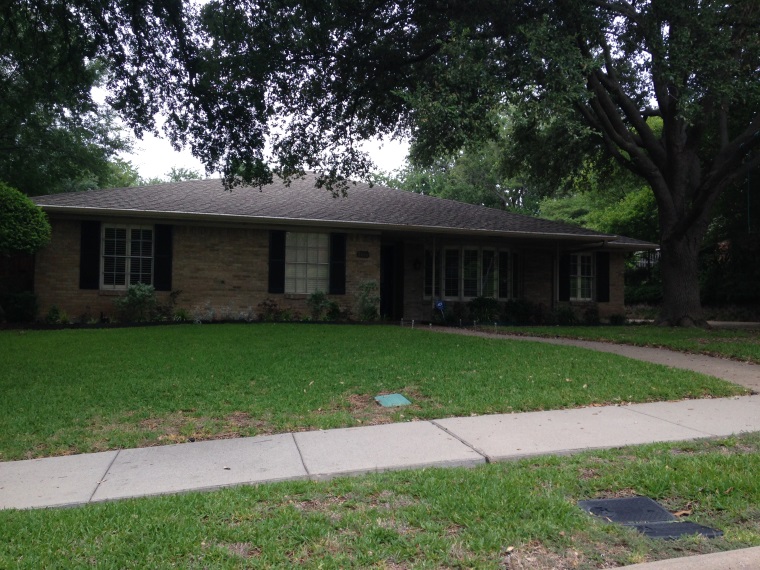 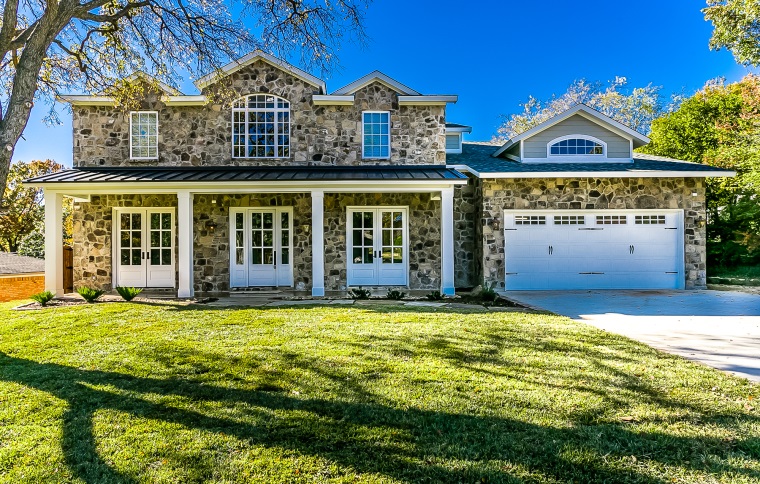 This 1965 Canyon Creek home was torn down and a new Craftsman-style home was built on the existing pier & beam foundation. The wide front porch incorporates brick and tapered wood posts supporting a standing seam metal roof. Craftsman touches are seen through custom hand cut open rafter tails and cedar shingle accents. New landscaping, including the preservation of existing trees, and a mailbox design that mirrors the tapered porch posts, complete the project. The committee complimented the homeowners on utilizing the existing foundation when building their distinctive home. 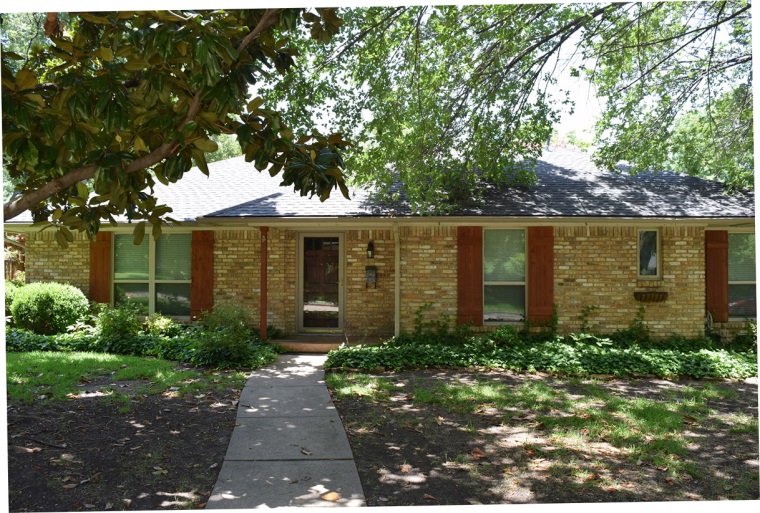 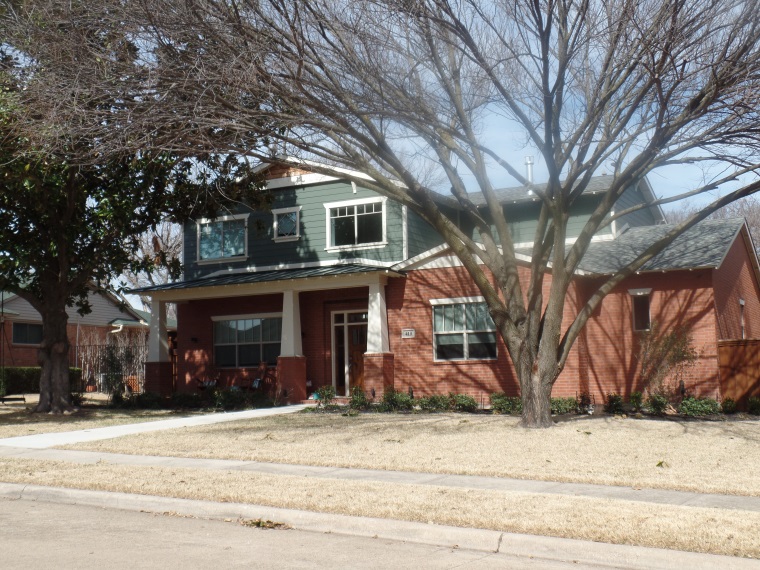 The original 1960's Canyon Creek home was torn down and a new two-story Craftsman style, home was built in its place. The brick home is accented by shingle-style siding, diamond-shaped accent windows, and multiple gables along the front façade. The custom cedar pillars along the front porch bring character to the home while also bringing attention to the detail of the open rafter tails and cedar shingles. The home is completed by the preservation of the existing trees and new landscaping in the front. 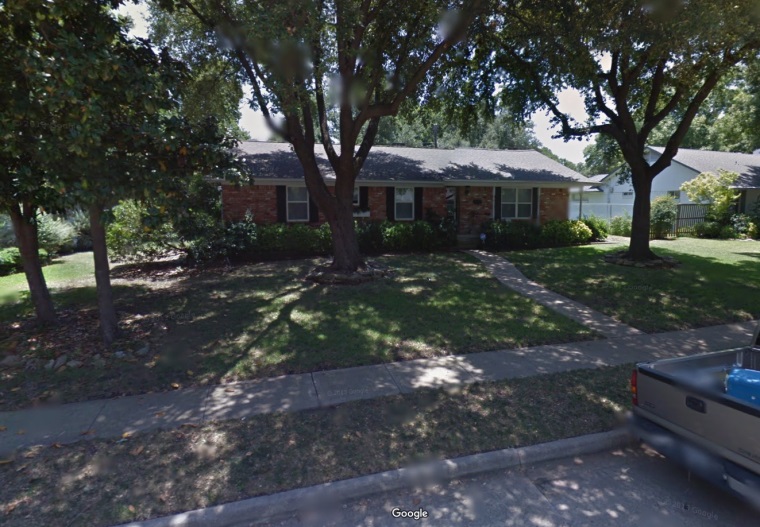 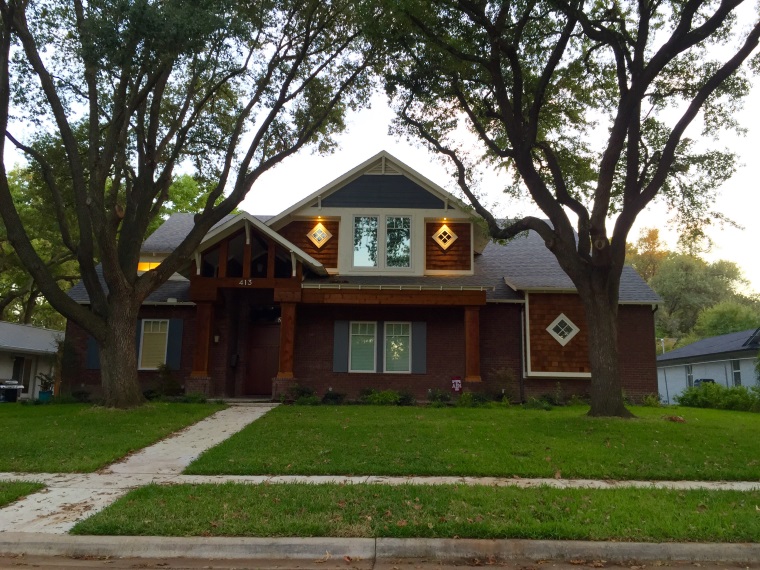 This 1969 Canyon Creek home was completely renovated with an overhaul of the first story and the addition of a second story. With the addition of the second story, a new Craftsman façade was created allowing light into the home while preserving the original brick. Horizontal windows along the second floor bring in natural light, while also highlighting the detail of the roof lines. Expanded planting beds and a low retaining wall along the driveway enhance the home's landscaping. The judging committee felt that the improvements to the home updated the character of the neighborhood. 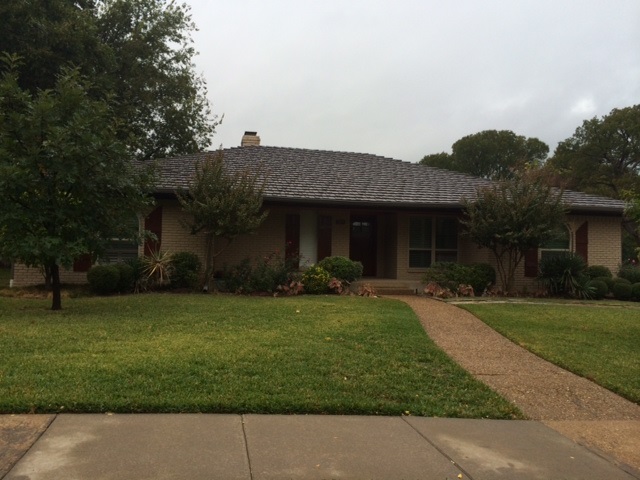 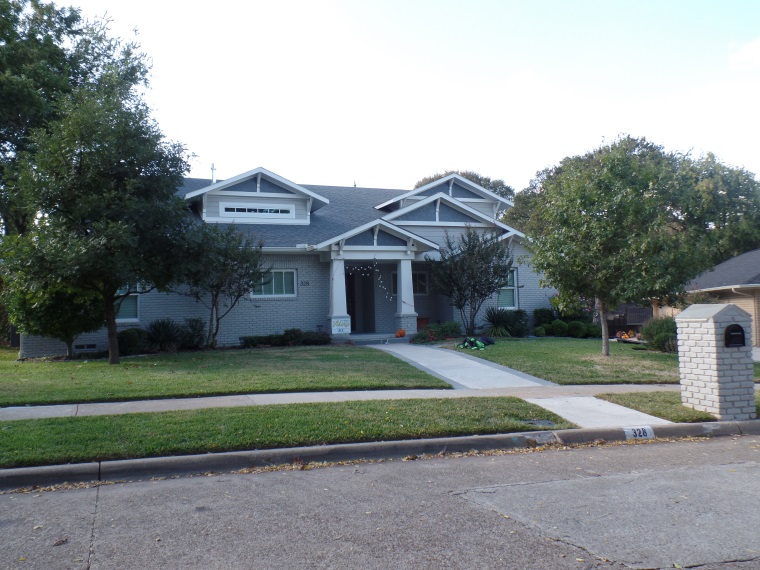 This 1970's Prairie Creek home was completely transformed from a 2,900 square foot home into this 3,900 square foot modern masterpiece sitting on a half-acre creek lot. Mature trees and new landscaping beds frame the home. The front façade changed dramatically, adding windows and a new front door to bring light into the home. The addition of a fully functional second story and a 3rd car garage complete the home’s design. 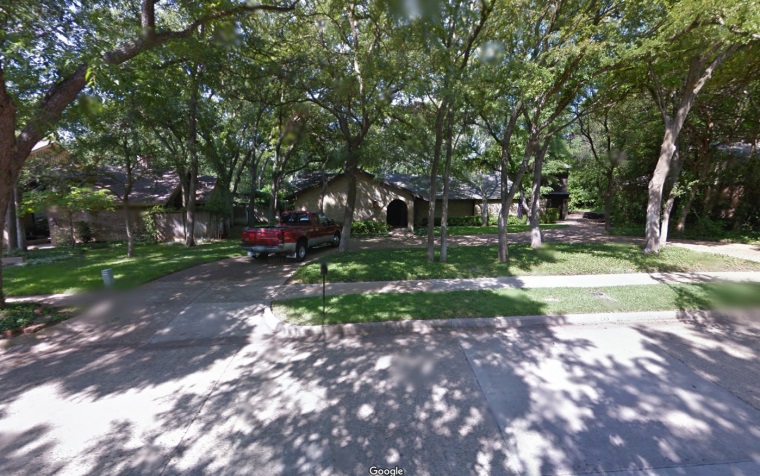 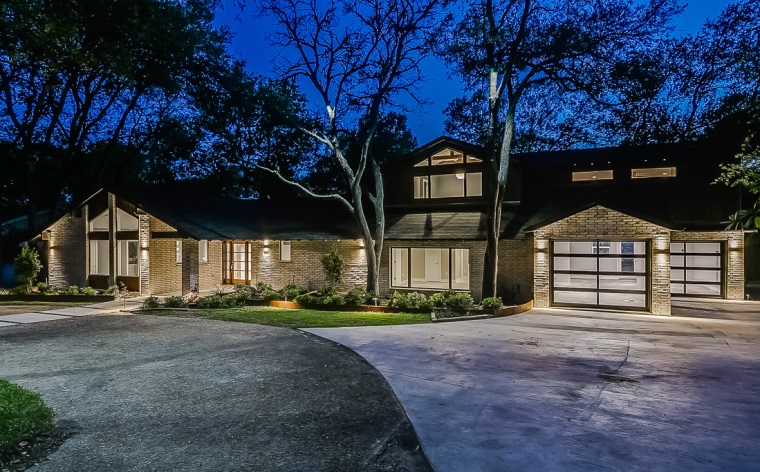 Moving from their original home in a former 2,500-square foot Braum’s store, Afrah’s new 8,300-square foot restaurant was completed in 2015. The combination of stone, stucco, and tile, coupled with arched features framing the outdoor seating area, are indicative of the restaurant’s Mediterranean tradition. The outdoor patio along Main Street further activates the public realm. The judging committee felt that this was an impressive addition to Richardson’s downtown, incorporating the Main Street Central Expressway Form Based Code's pedestrian friendliness. With customers flocking to the restaurant on evenings and weekends, the judging committee expressed anticipation for the addition of the complementary market. 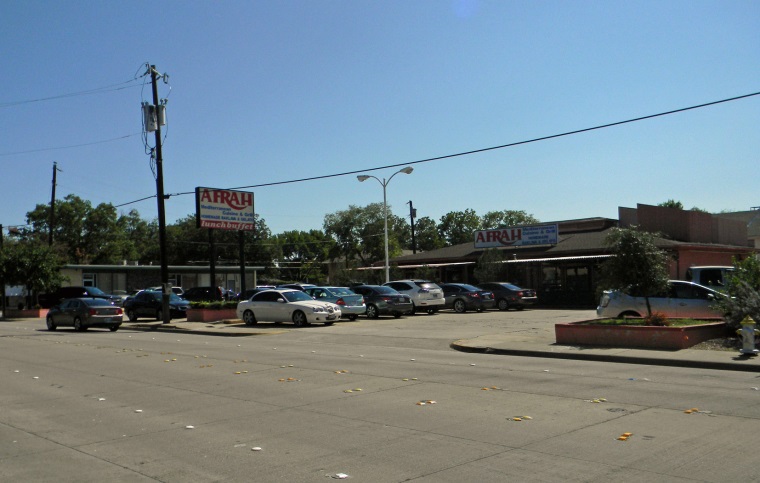 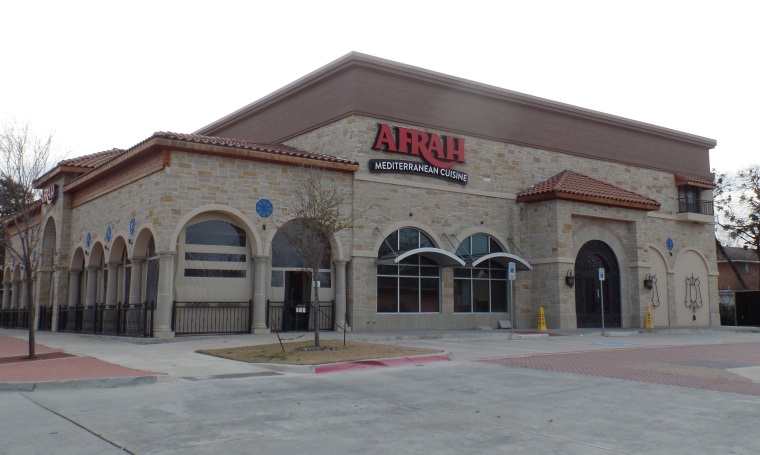 The former Grandy’s that had been torn down several years before was replaced with a new drive-through restaurant. The building is constructed of grey brick and beige stone, with dark grey split-faced CMU elements. Multi-colored decorative aluminum awnings and screens were incorporated into the building design. A trellis element and white cornice along the top of the building adds detail the building design. Additional site improvements include low water landscape beds, replacement of sidewalks and new parking lot pavement. The judging committee noted that the project inspired new investment in the area along with generating business activity. 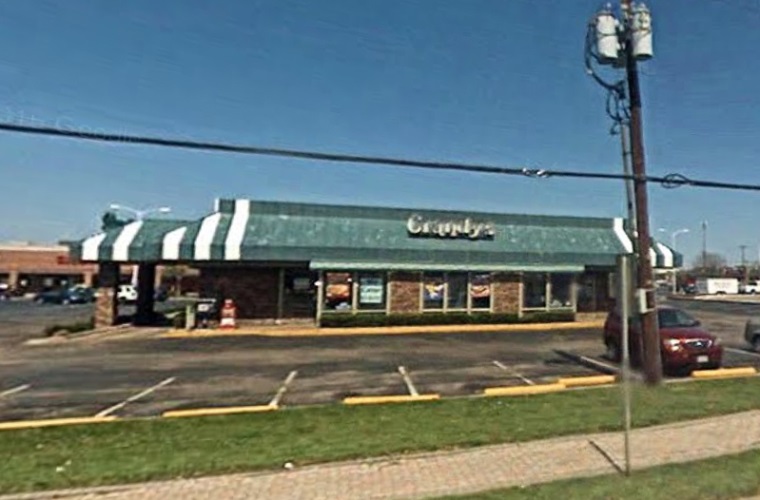 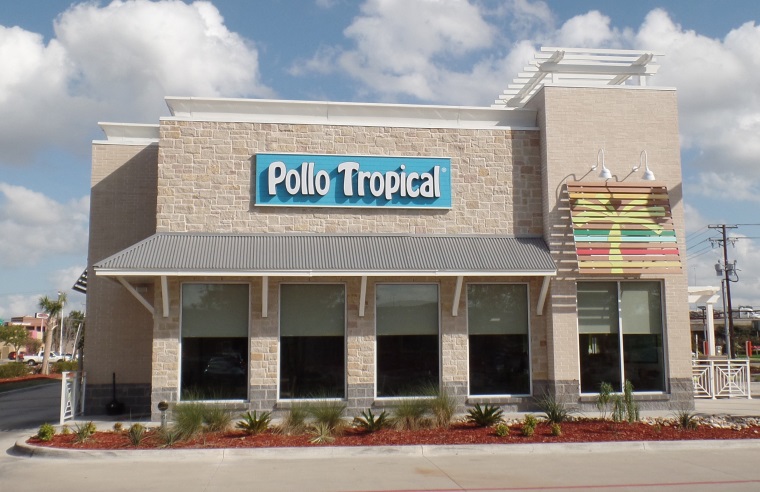 The existing multi-tenant center, built in 1981, was converted to a restaurant that utilizes the entire building. The new exterior cladding incorporates stonework on all elevations, along with cast stone caps along the parapet wall. Outdoor dining is provided within the new patio area located on the east side of the building. New awnings shade the façade openings to the patio, windows, and front entrance. Additionally, the parapet was raised to provide additional building articulation and enhance the building entrance. The judging committee discussed the great job that was done on the remodel of the building, noting the addition of the outdoor dining area. 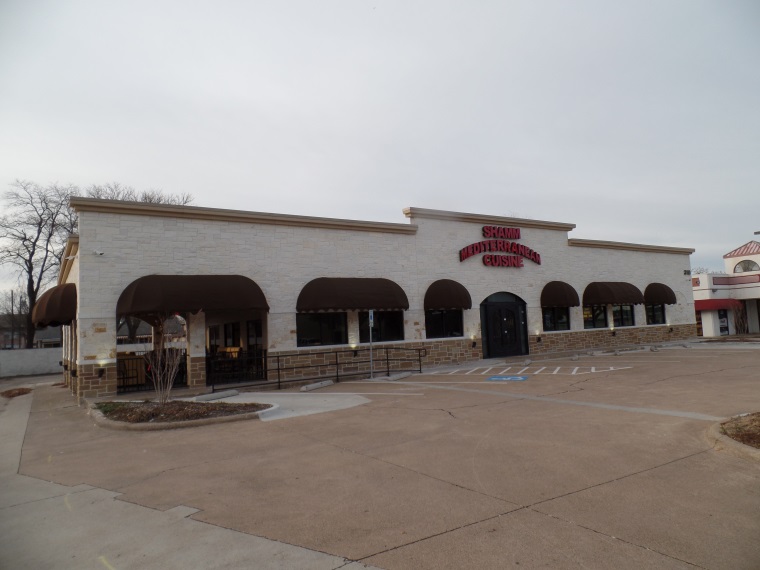 The former gas station was razed and replaced with a newly constructed drive-through coffee shop including outdoor patio seating. New xeriscape landscaping was installed on the site. A new wider sidewalk that wraps the corner of Belt Line Road and Central Expressway, and the closure of a drive-way near the intersection, provide an improved pedestrian experience. The improvements to the neighborhood and corner of this major intersection are encouraging for future investment. 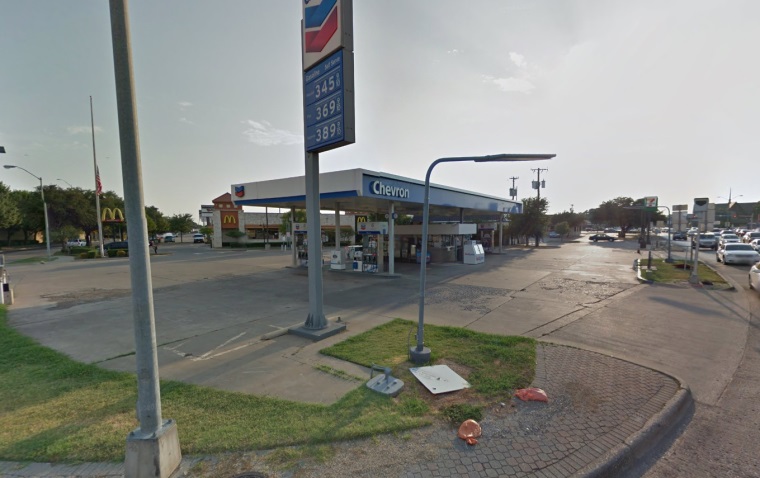 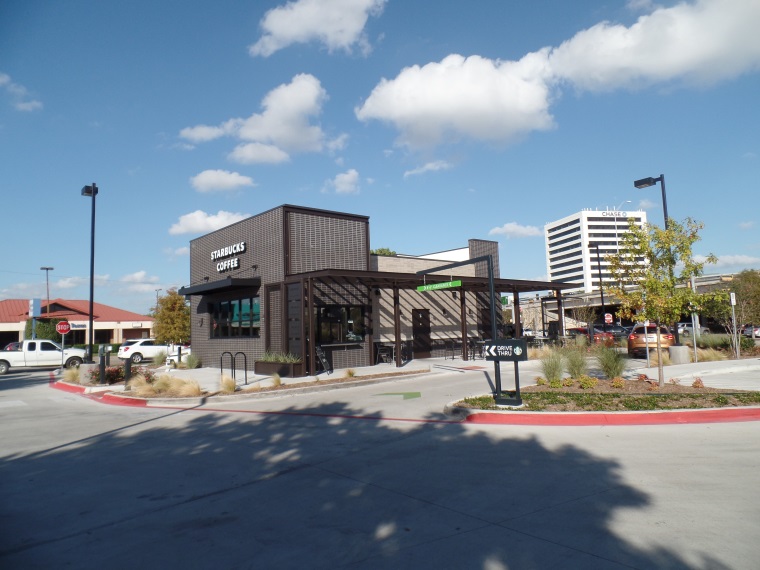 A new Pei Wei and drive-through Starbucks were built on the site of the former Nikki’s restaurant. The building is constructed of a combination of brick (which matches the surrounding shopping center), burnished CMU, and EIFS with cast stone accents. The patio and entrance for the Starbucks is shaded by a metal trellis while a fence protects customers from vehicles utilizing the drive-through facility. Fabric awnings are installed over the windows and entrance of the Pei Wei. A new retaining wall along Campbell Road and drought tolerant landscaping round out the redeveloped site. The judging committee noted that the new outdoor patio draws people in, while the new and fresh building brings added energy to the center. 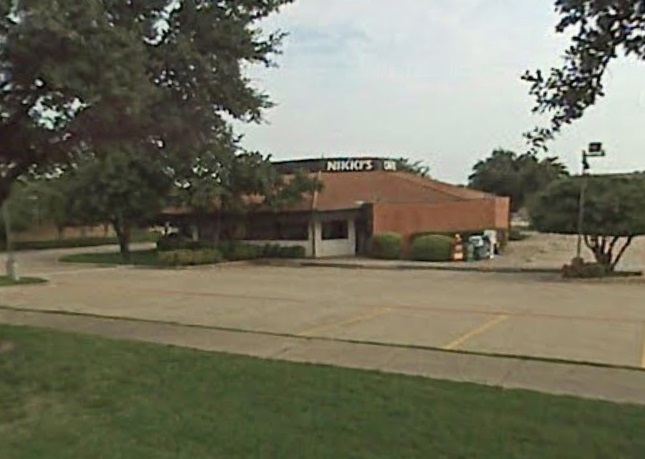 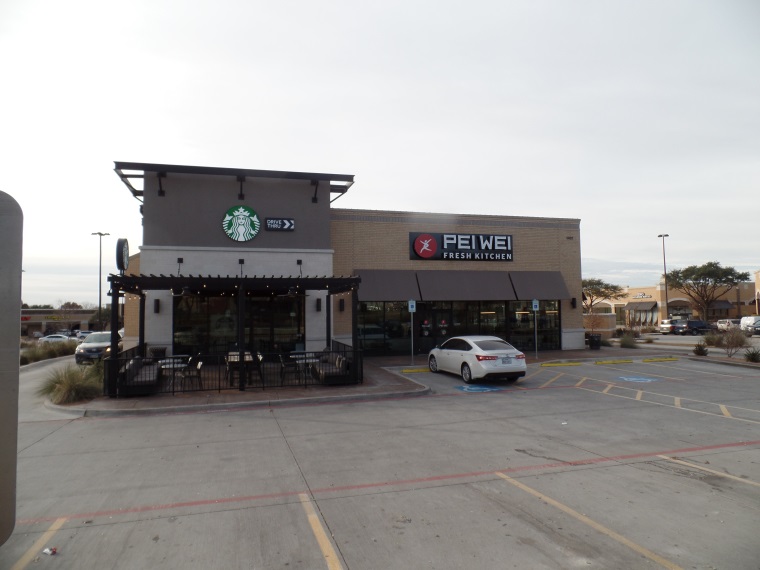 This renovation of a former Luby’s Cafeteria is now home to a multi-tenant restaurant development. The new façade incorporates a variety of styles and materials to differentiate between each dining venue. Outdoor dining is provided for each restaurant through the use of covered and non-covered patios. Drought-tolerant landscaping has been installed throughout the site, from around the building to along Campbell Road. 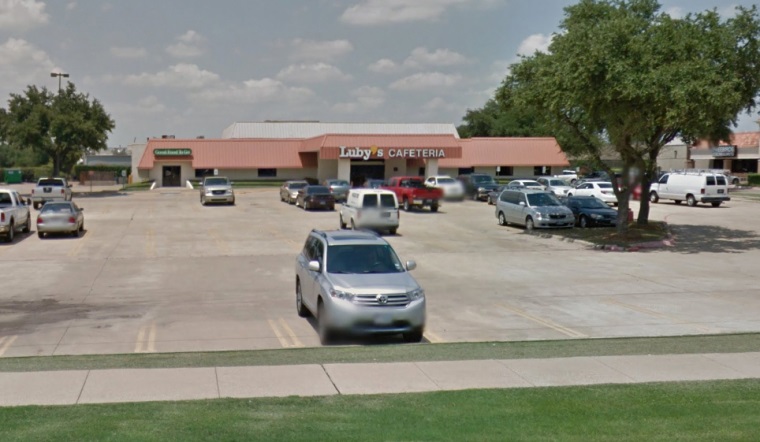 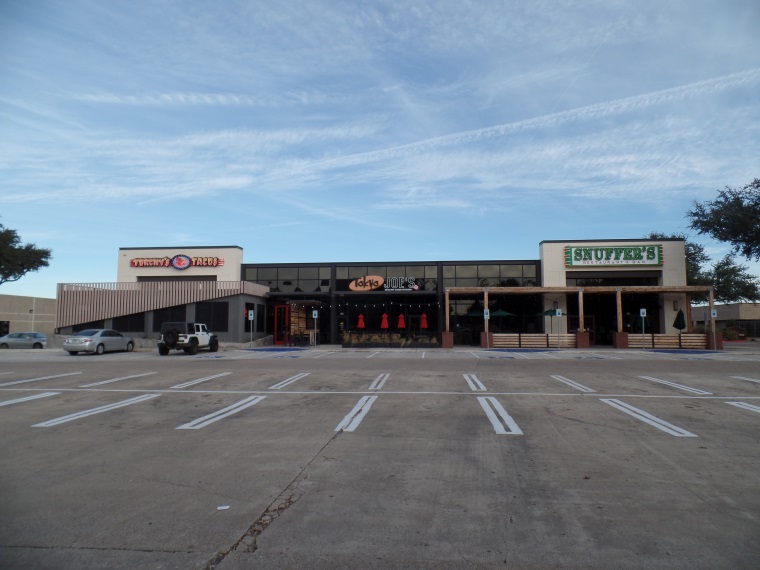