Both residential and non-residential projects are eligible for consideration. Over 250 properties have been recognized since the Program’s inception in 1994. Recipients are recognized by the City Council with a reception and award presentation ceremony held in February of each year.

The 2018 Community Revitalization Awards presentation was held during the February 4, 2018, City Council meeting.

After purchasing this 1980s tilt-wall building located in the Collins Arapaho Innovation District study area, BakerTriangle Prefab modernized the façade. From the work areas to the office entrance, the improvements include replacing the concrete architectural projections with panels featuring new signage and the painting of non-aggregate areas. 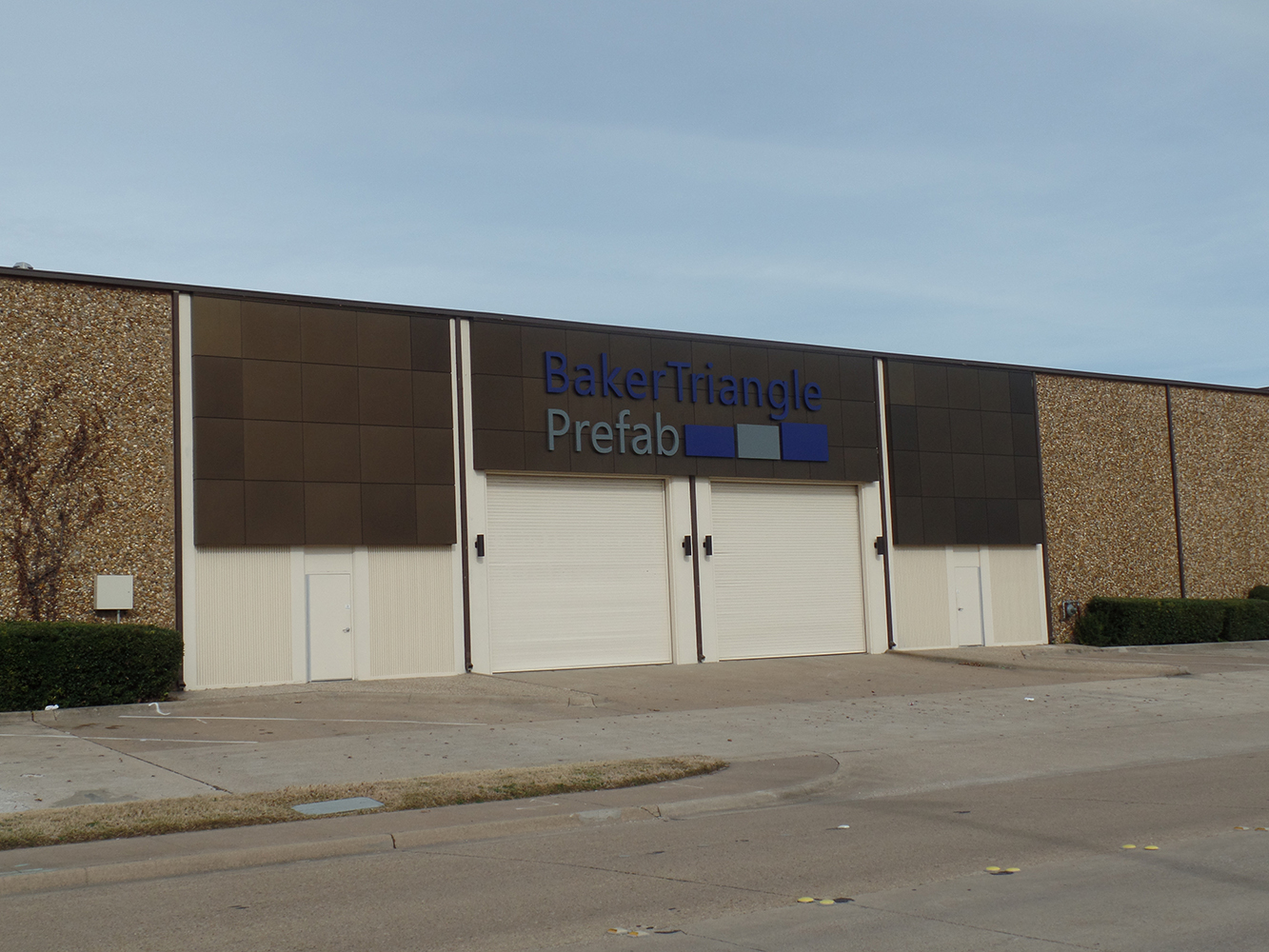 Originally built in 1909, this downtown building was once the home of the Ritz Theater. After seeing a few name and format changes, the theater closed in 1972 and has been business offices since. The renovation removed the paint from the brick, exposing where the marquee sign was once mounted. A paneled façade and painted brick frames the windows and new door, providing a formal face to the building. The awning creates a pedestrian scale shelter from the elements and the simply lettered business signage is uplit. Southwestern National Bank renovated this industrial building utilizing brick, stone and stucco as façade materials. The addition of new windows and awnings, along with a front accent wall and glass lobby provide a modern appearance to this adaptive re-use. 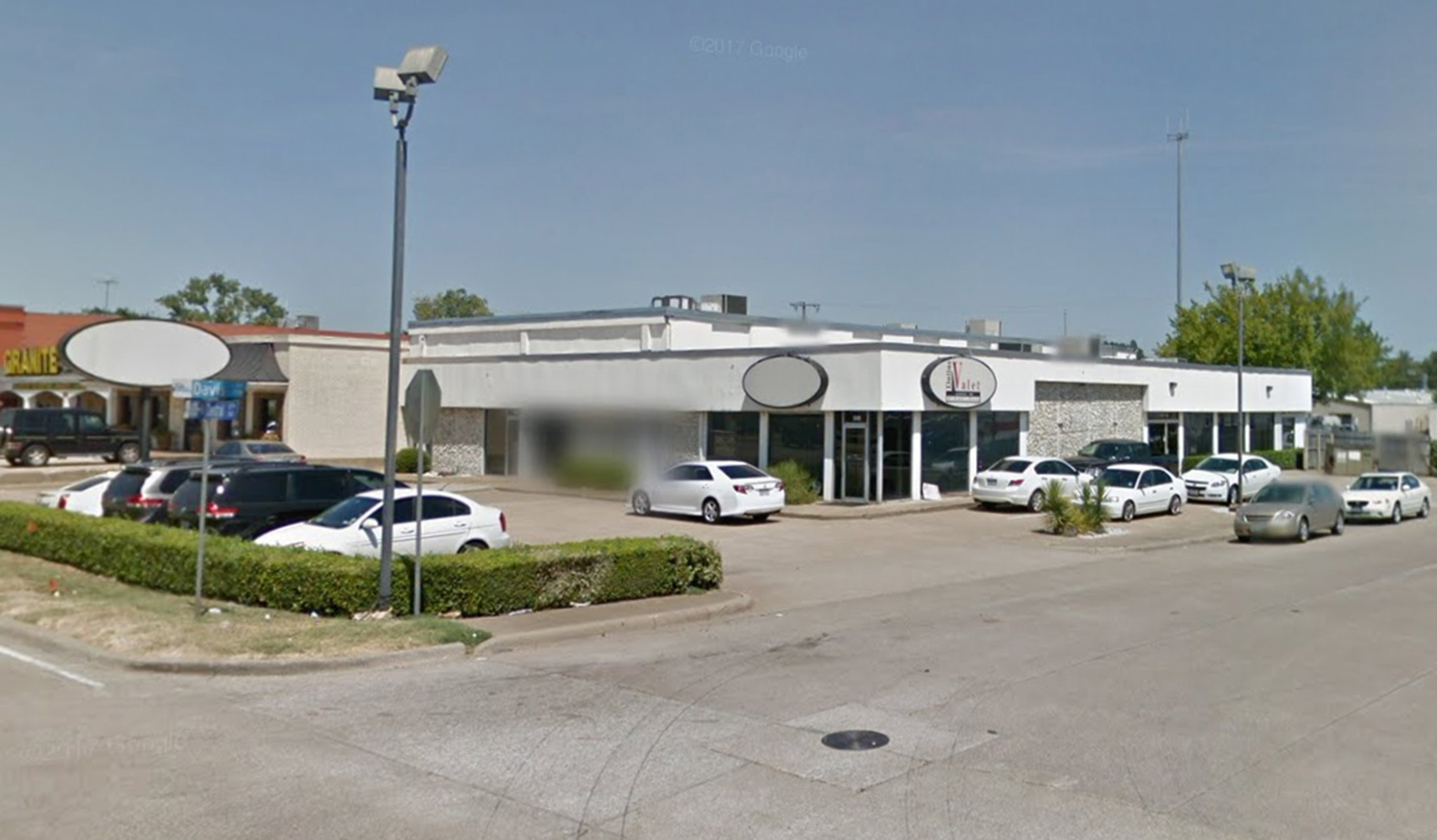 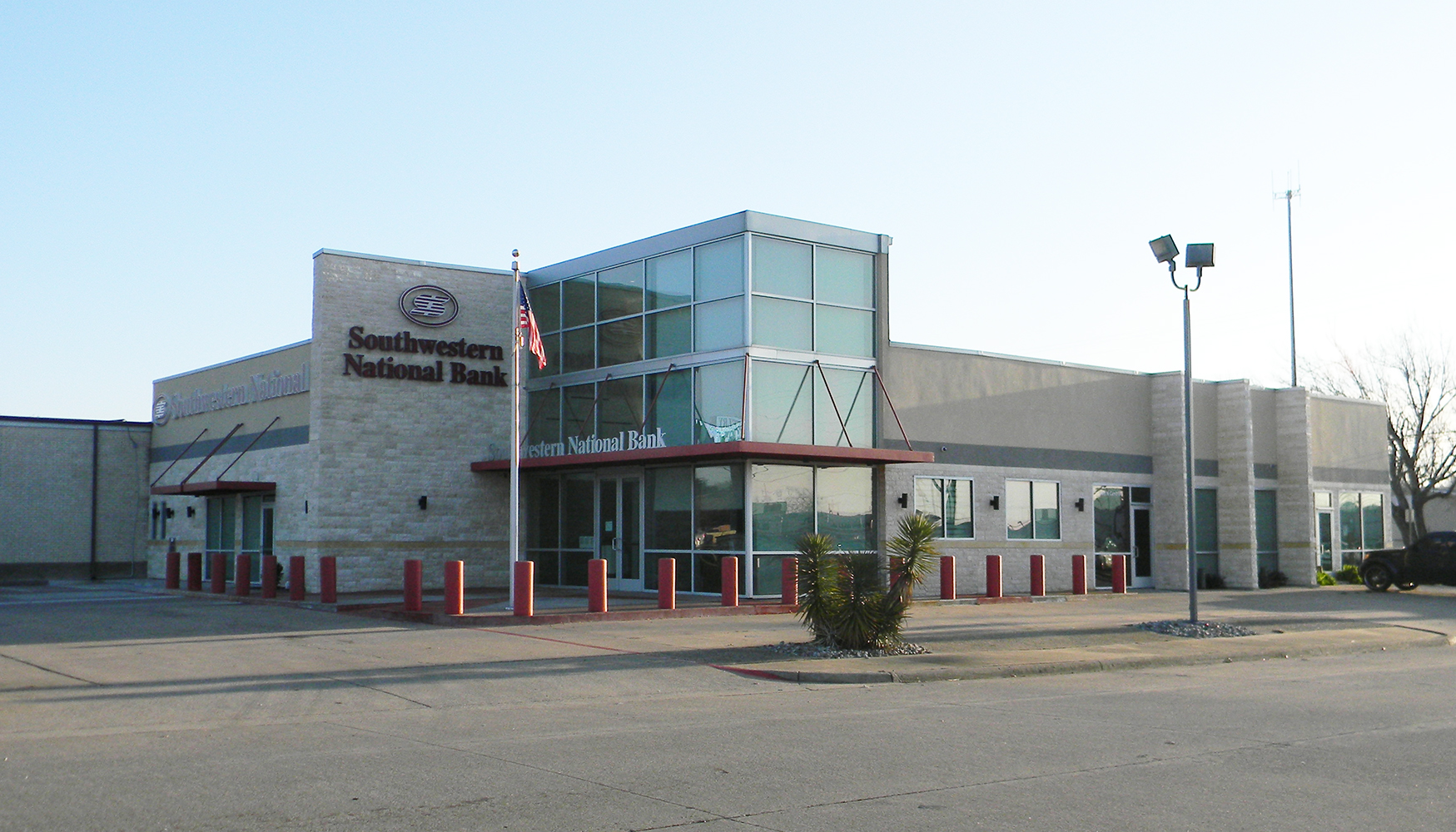 Built in the 1970s, this Canyon Creek home was updated inside and out. The exterior improvements include painted brick and the addition of wood accents. New windows and doors, along with the removal of shutters, give the exterior a clean modern look. New screening fences and landscaping beds complete the project.

The improvements to this 1970s Cottonwood Heights home update the traditional style with a new roof, painted brick and trim, and new windows. A covered porch has been added, sheltering visitors from the elements. The landscaping has been updated while preserving the mature trees that offer a shaded canopy to the yard. 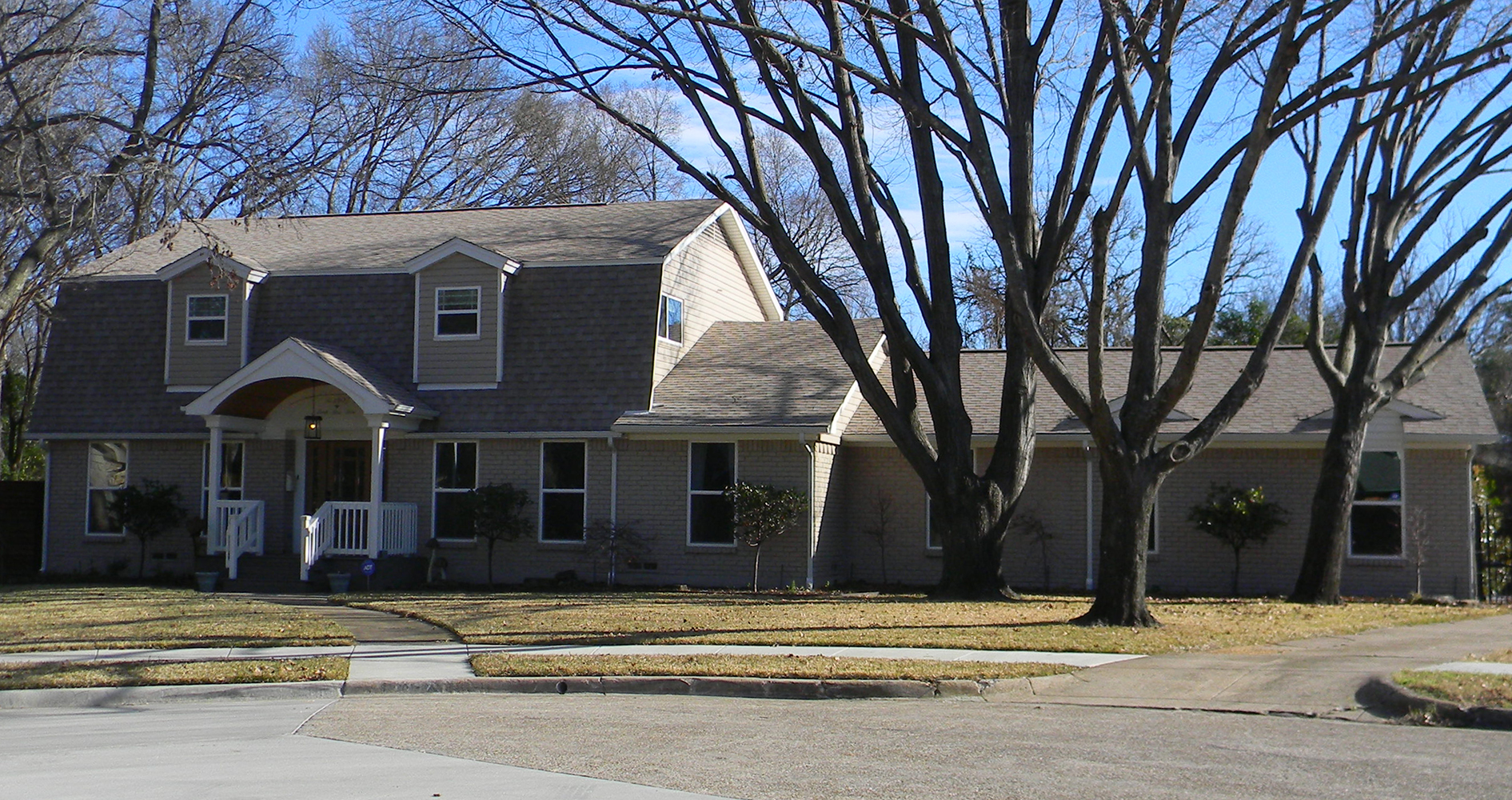 Although initially intending to renovate their 1970s Canyon Creek home, our next award winner became a rebuild on the existing foundation due to engineering concerns. The new home features a painted brick façade, concrete tile roof with standing seam metal porches, and curved upper story windows. 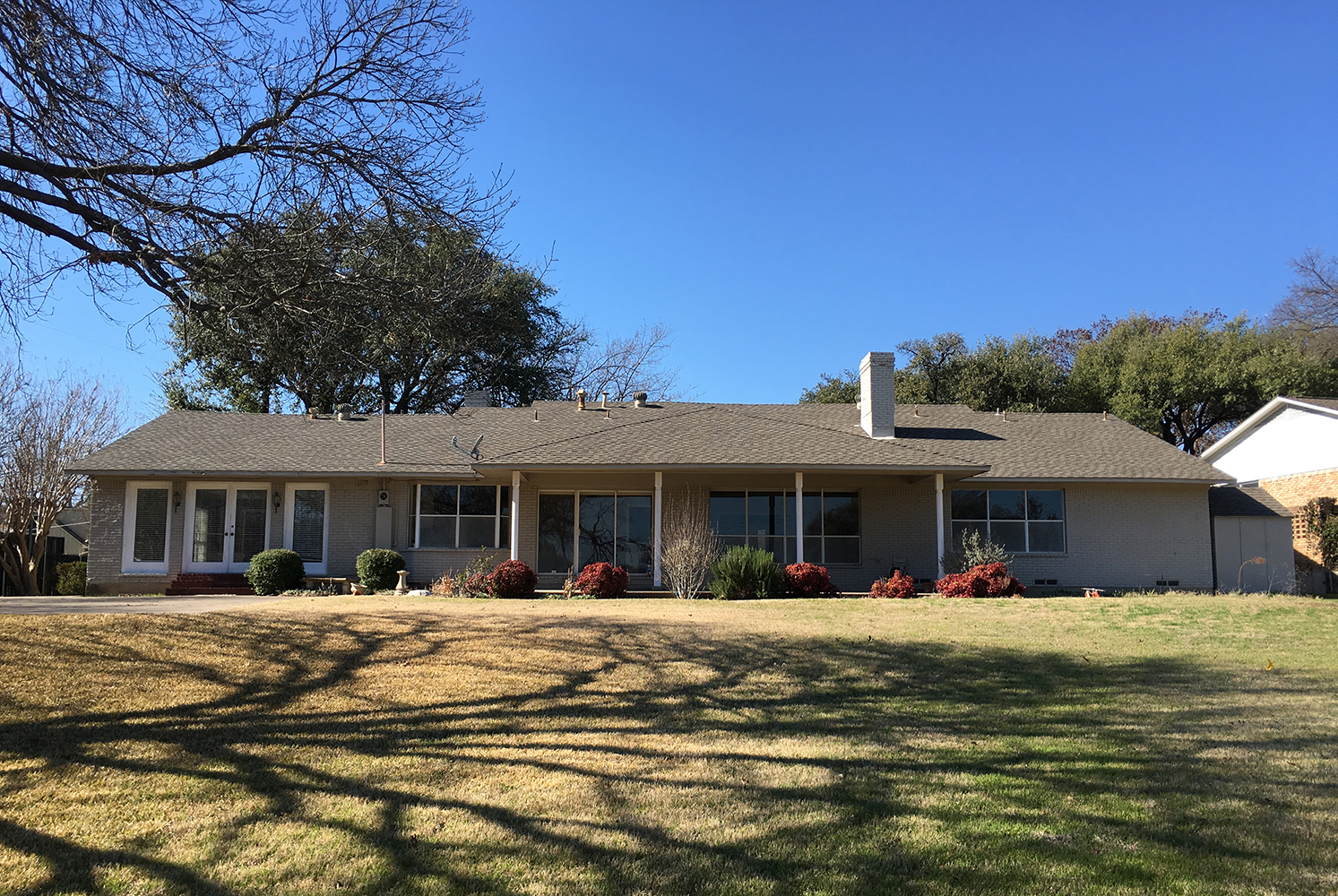 Originally built in 1958, this Cottonwood Heights home received a facelift with painted brick and trim and the addition of wood accents, a new modern front and garage door, and a new garage along the alley. 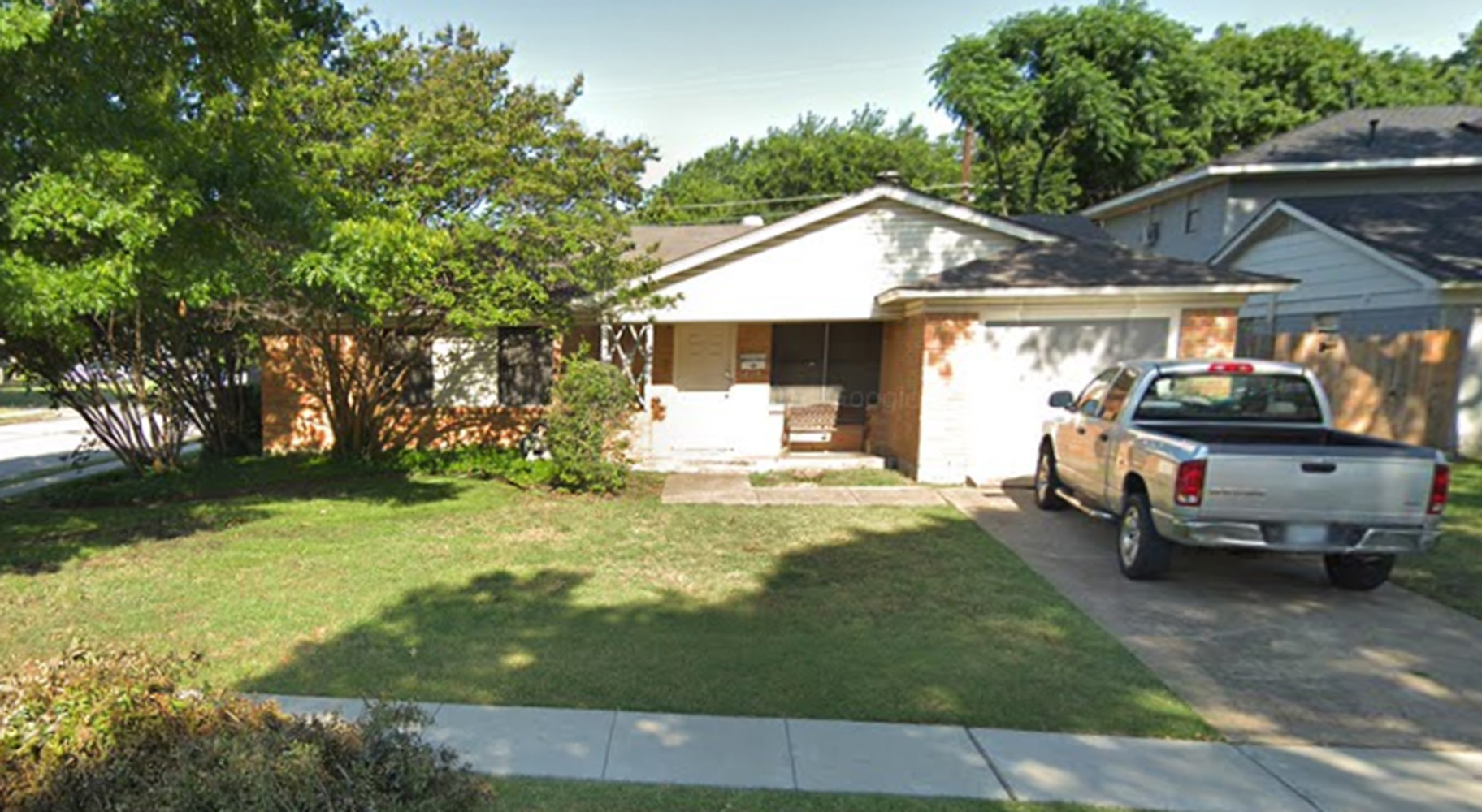 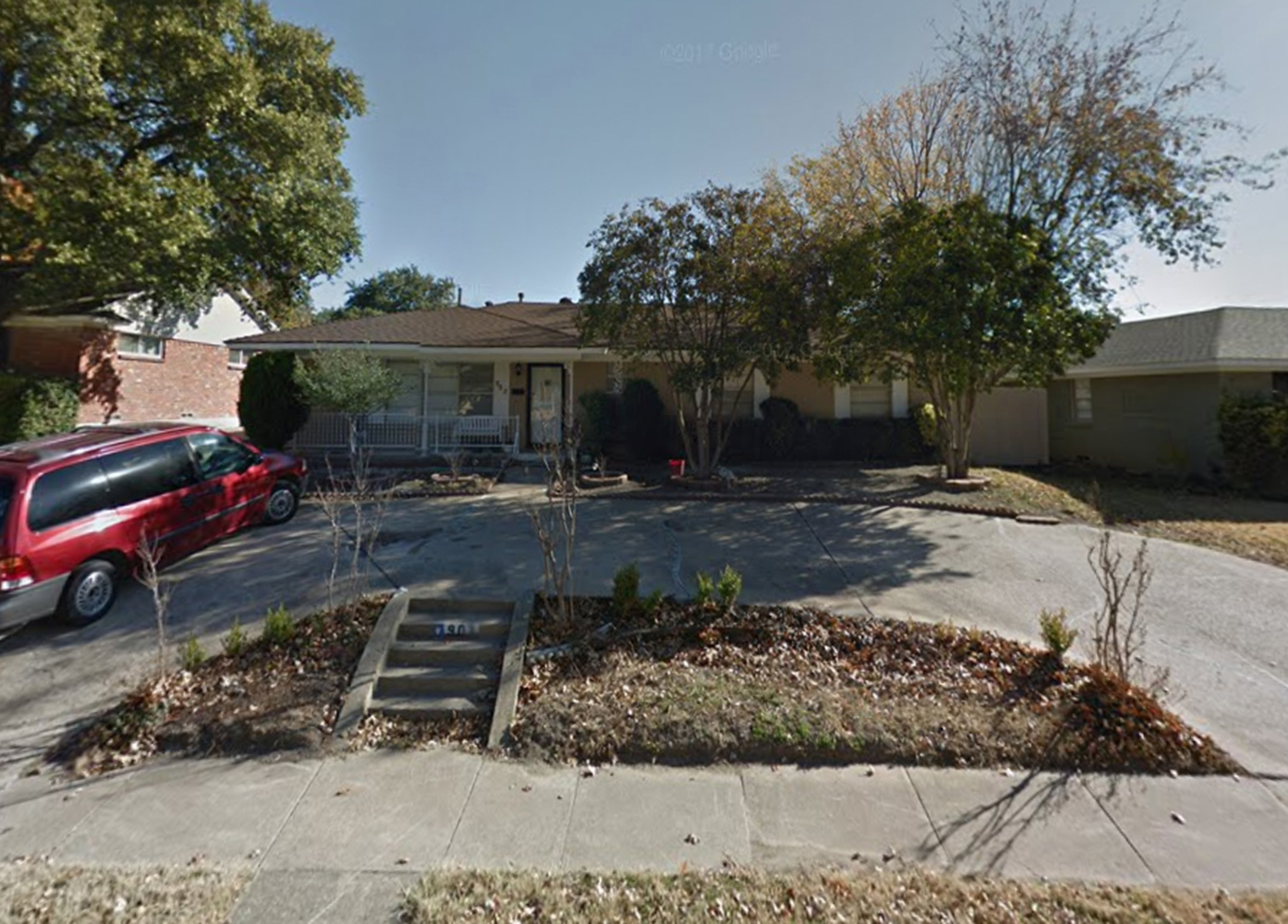 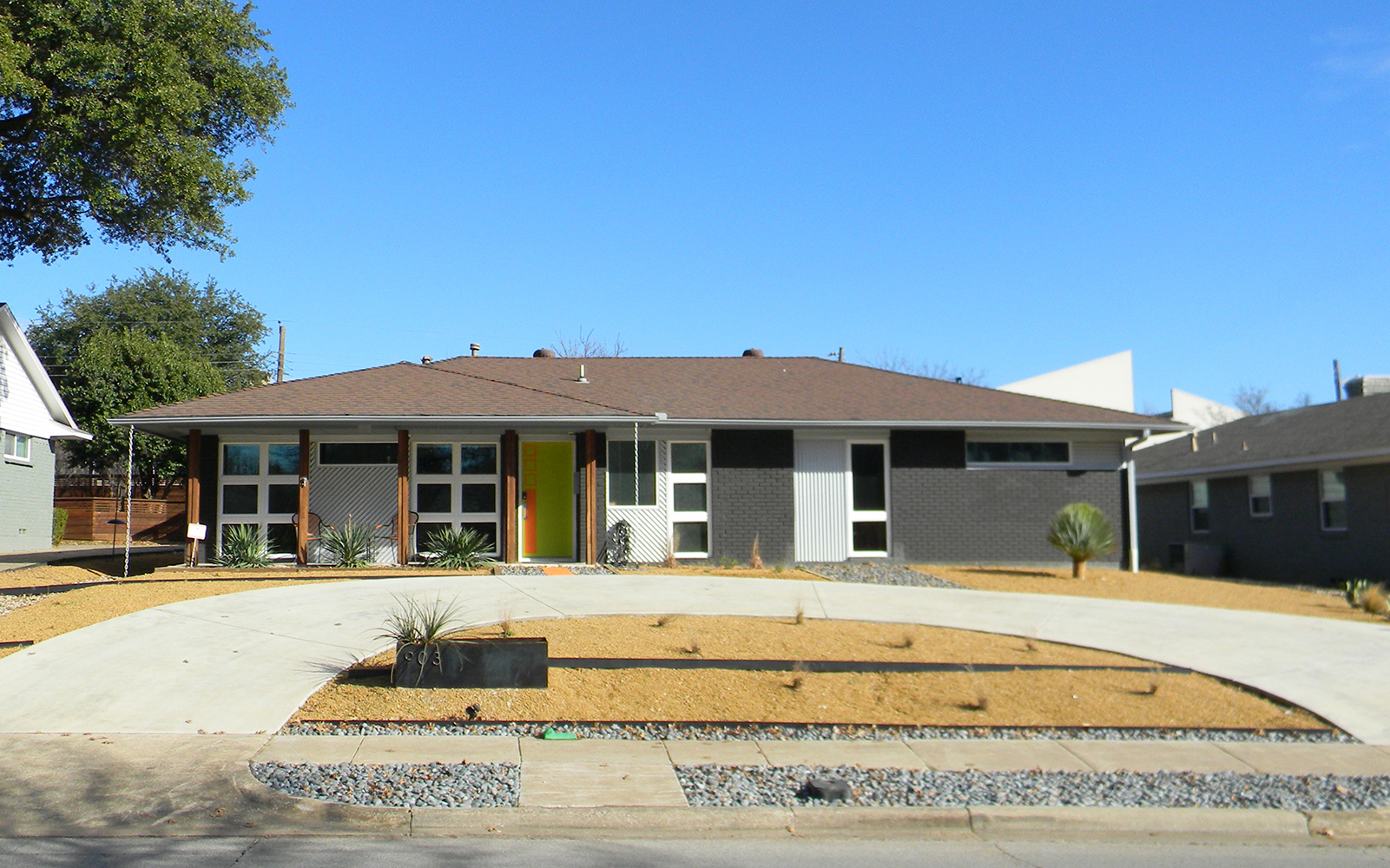 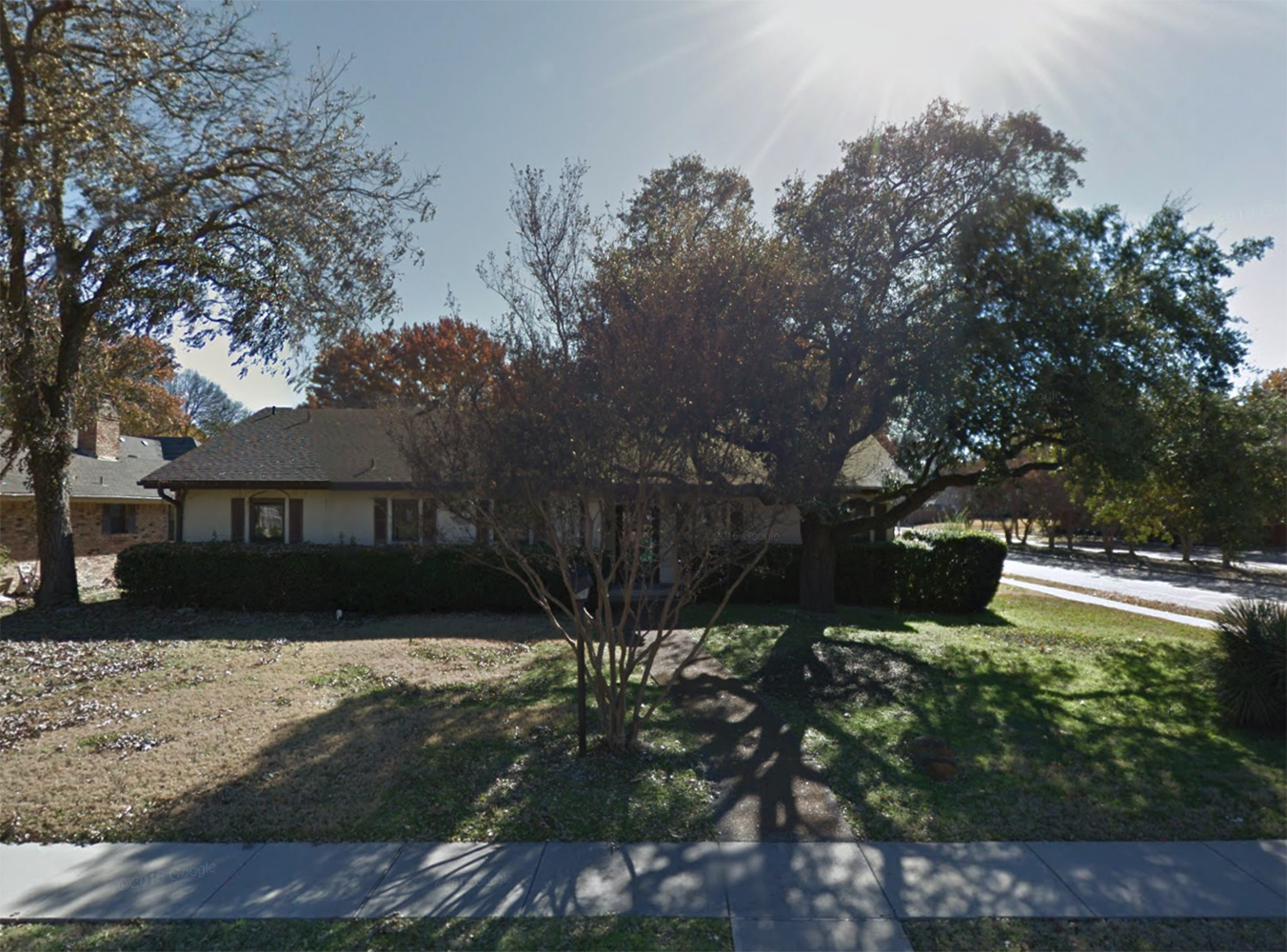 This rebuild of a new modern home in the Northrich neighborhood features a horseshoe driveway and new landscaping. The home’s windows utilize varying grids of consistently sized panes. The peaks of the staggered roof and front façade articulation provide architectural interest. 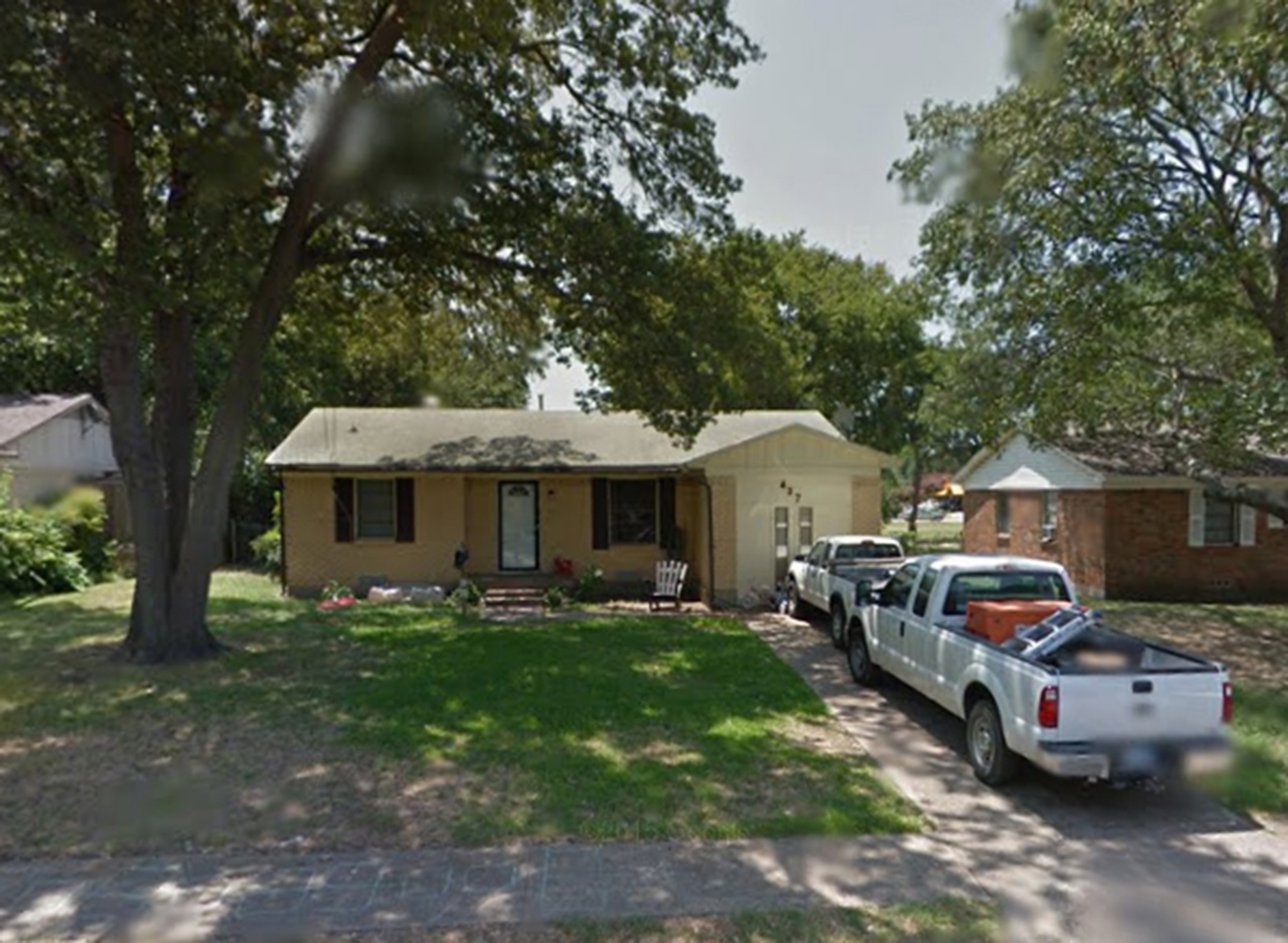 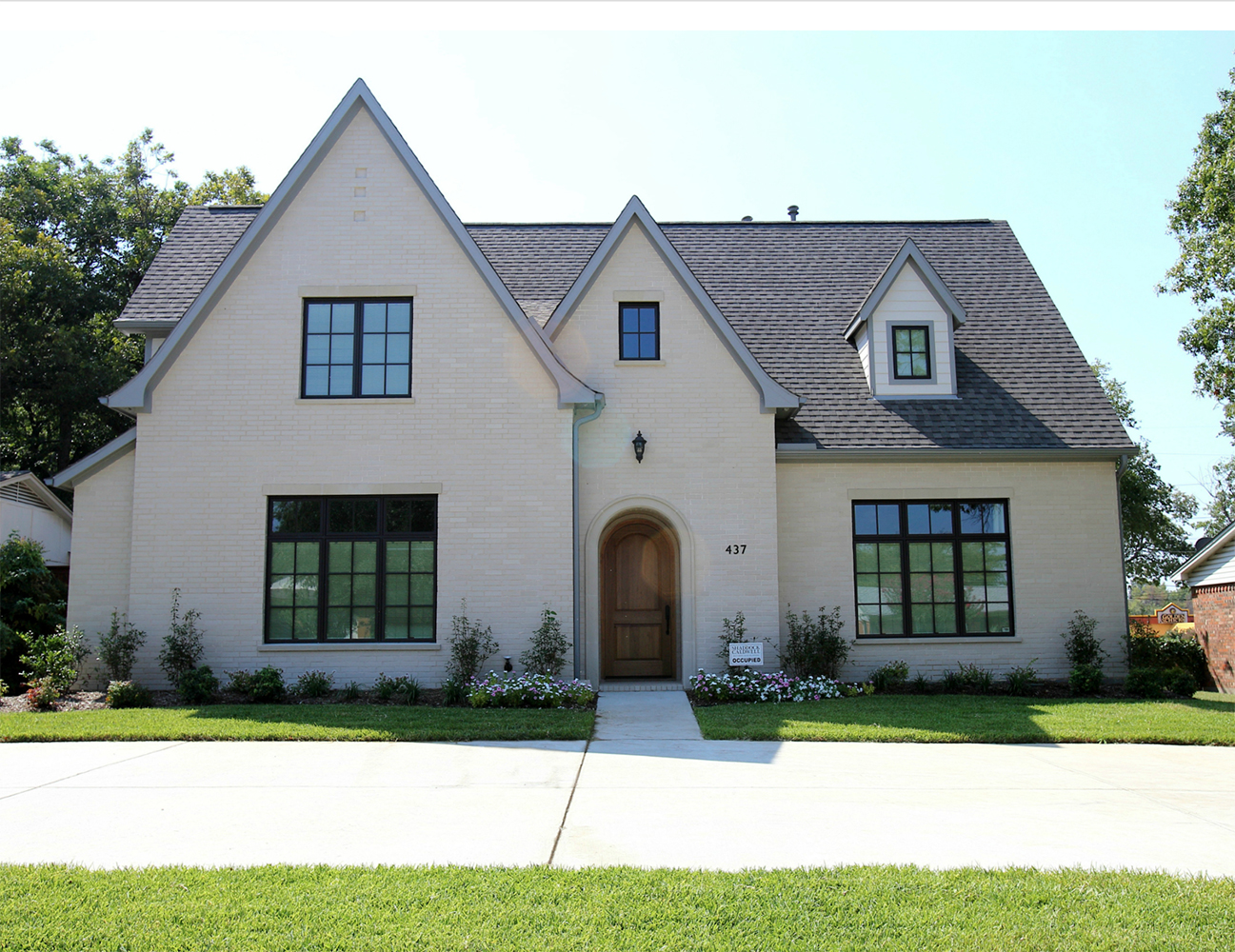 The facelift to this Richland Park home includes painting of the exterior, with a new front door and windows. Original accent walls by the front door were removed, opening up the porch. The front yard improvements include a new brick entrance walk and landscaping. 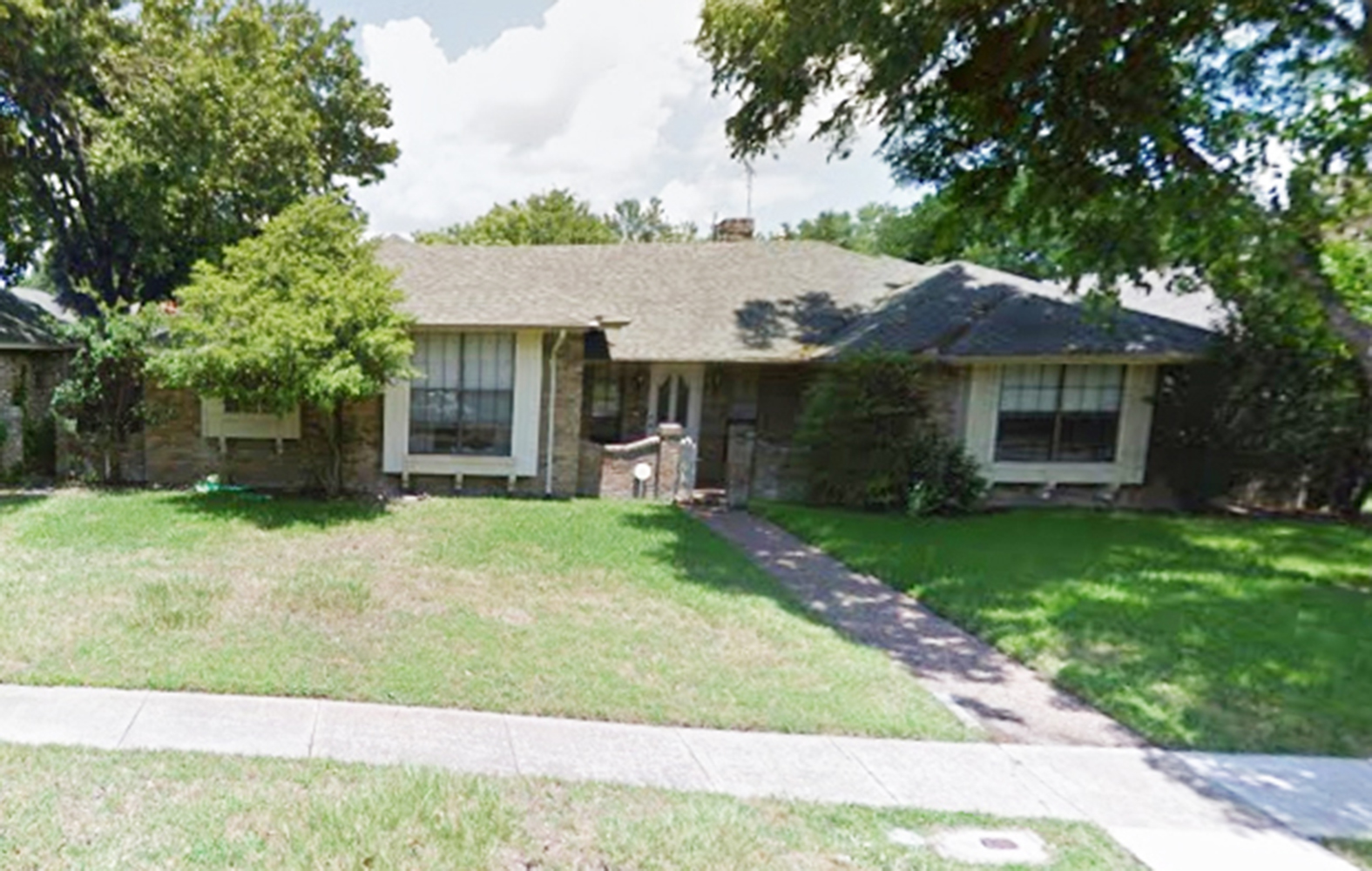 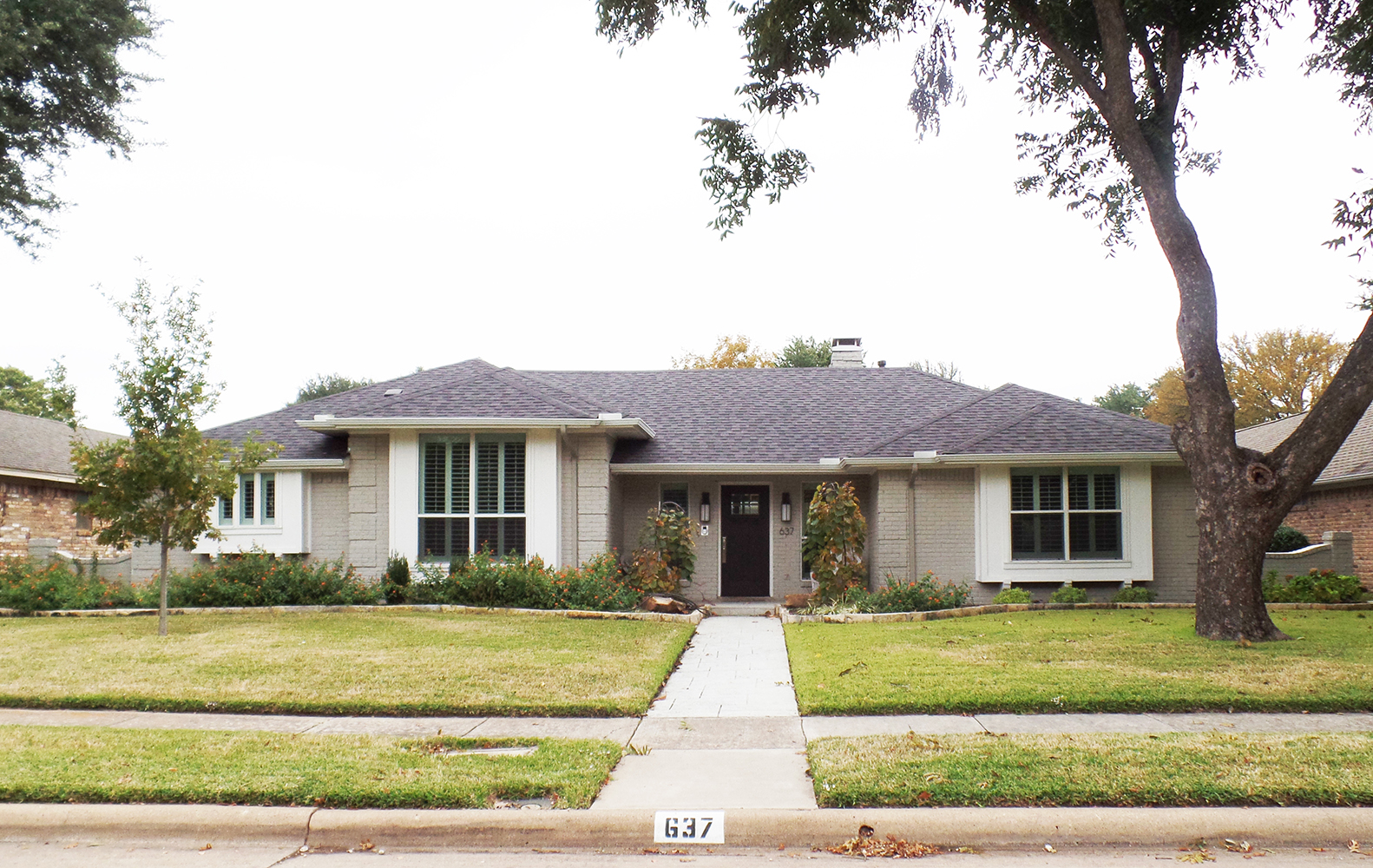 This Arapaho Heights home built in 1960 underwent a significant addition and remodel, adding a second floor with distinctive dormers. New landscaping grounds the foundation of the home, with established trees providing shade. 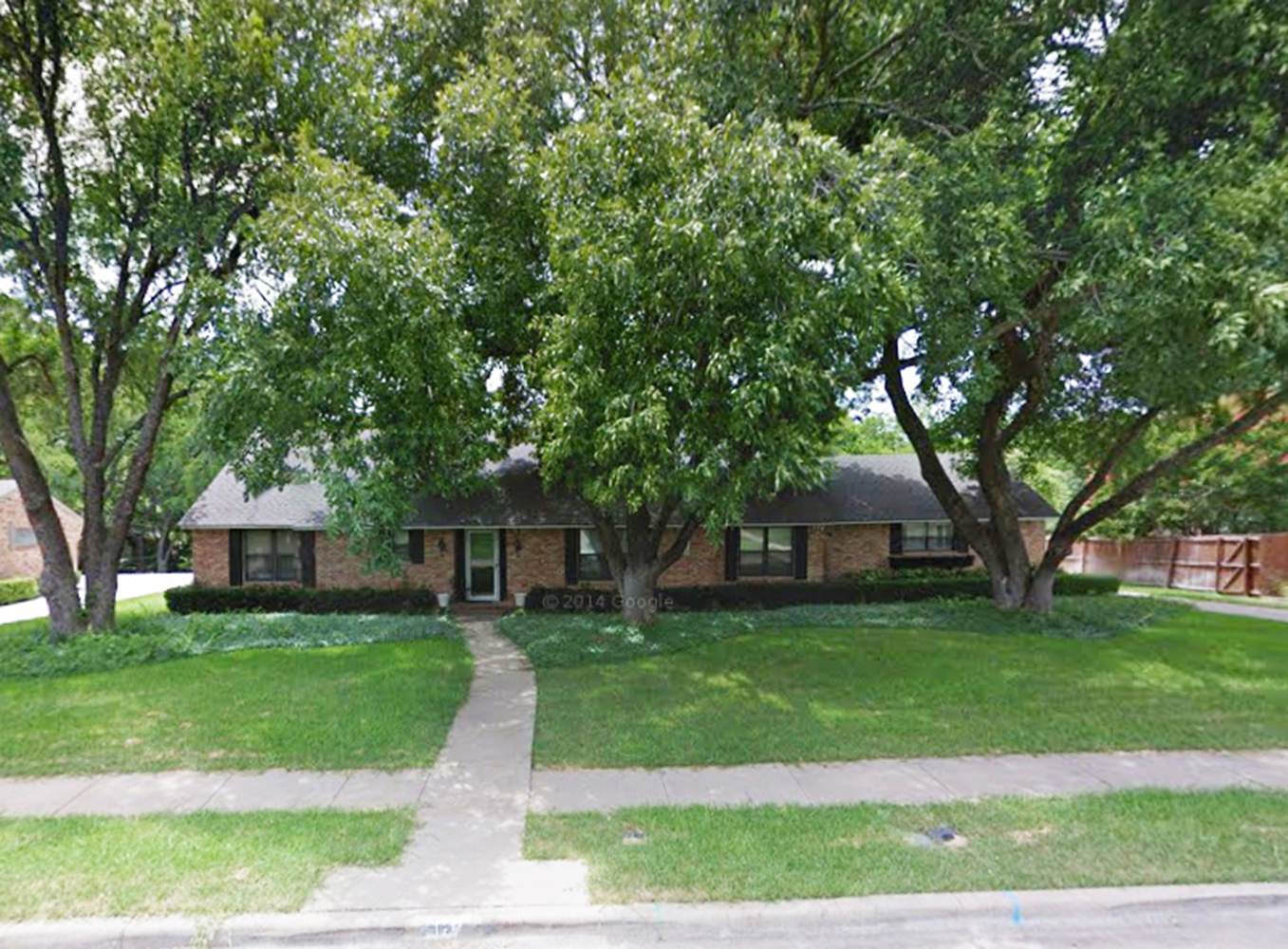 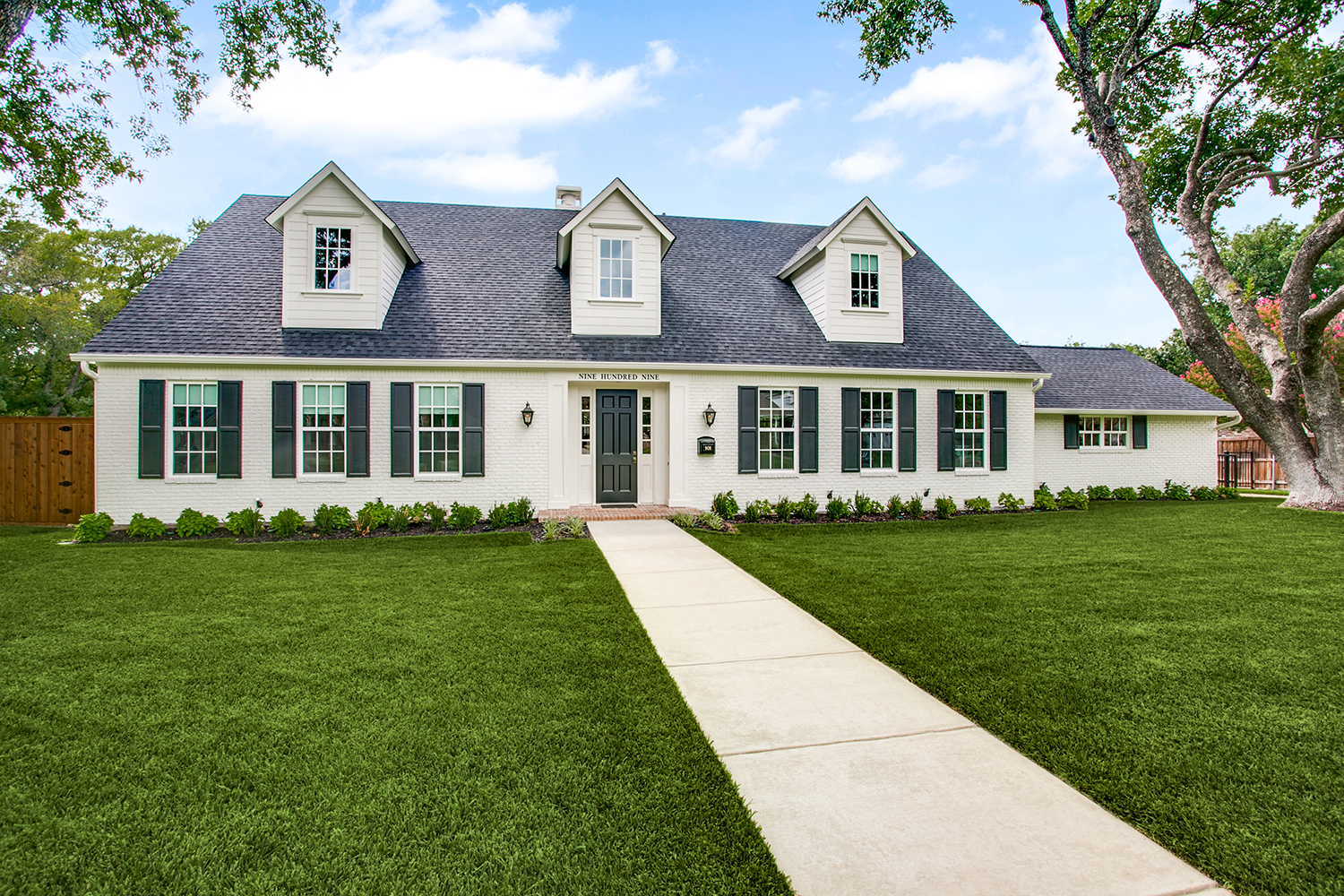 A late 1950s home in Highland Terrace was replaced with a new home with a brick and stone exterior, which is mirrored in the brick and stone mailbox. New landscape beds add interest and color, while stamped stars accent the new walkway and driveway. 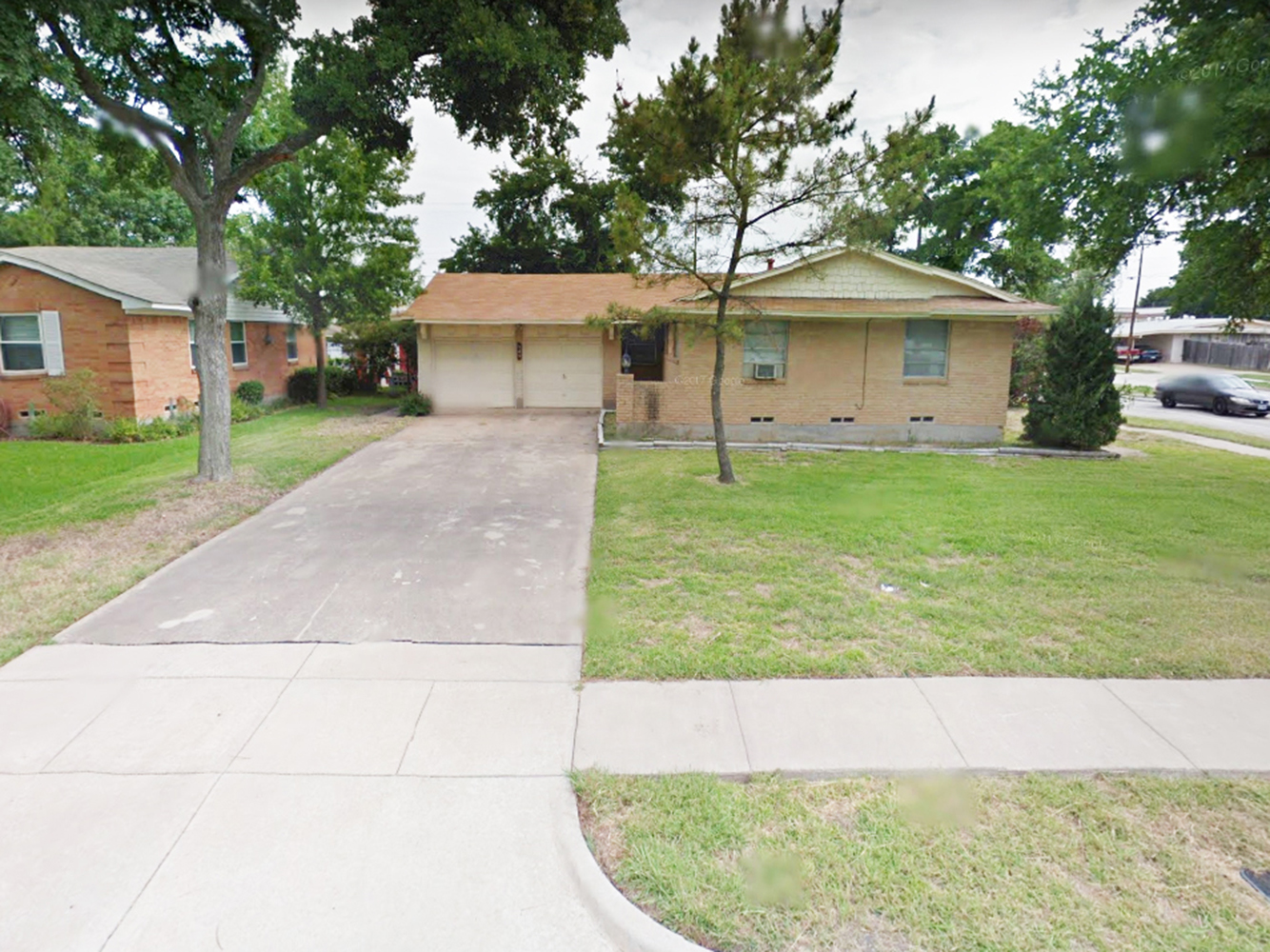 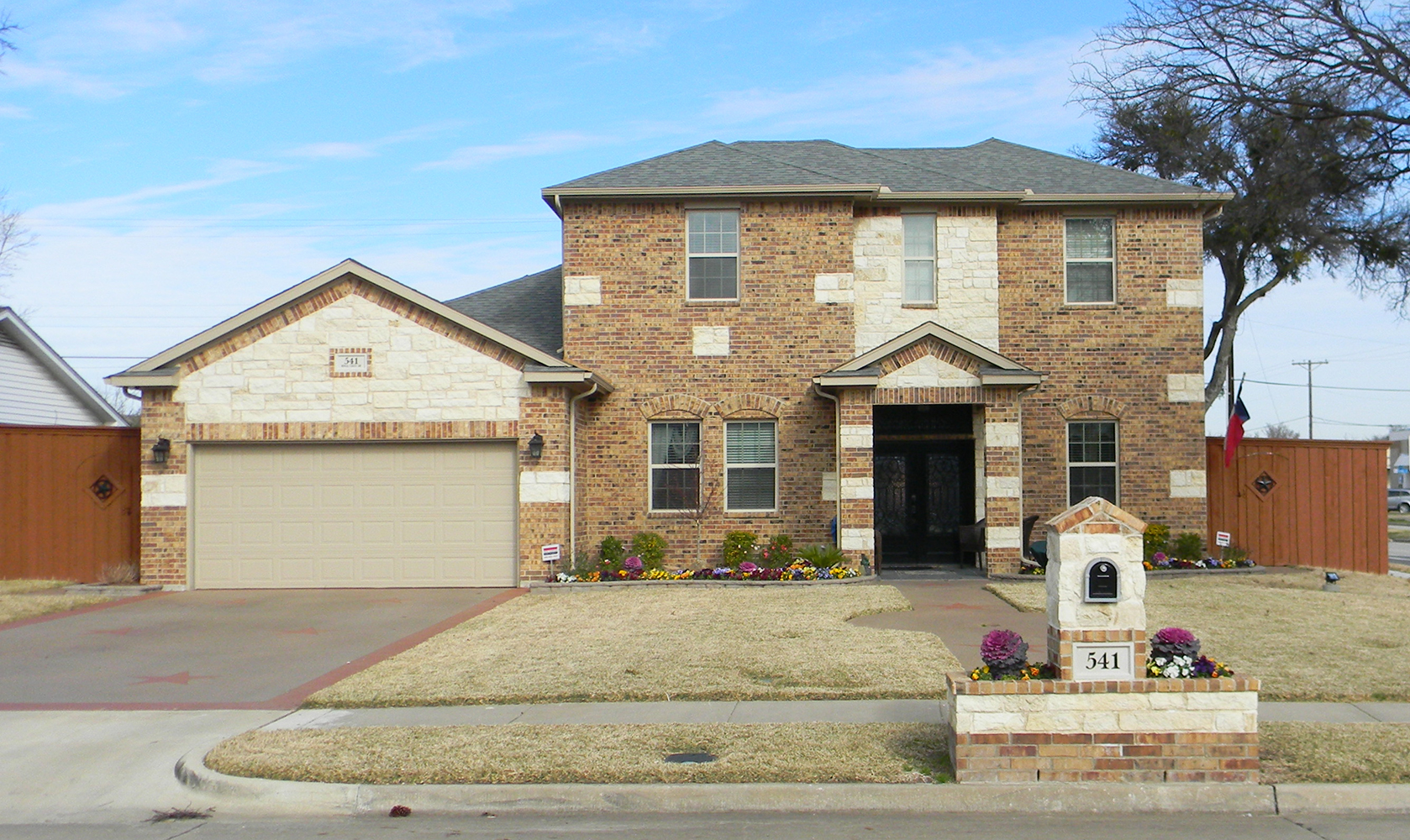 This 1957 Heights Park neighborhood home was treated to a mid-century-style facelift. Façade improvements include polished yellow pine columns and cladding, a new front door, mailbox, landscape and accent lighting, and hardware. The carport was upgraded utilizing similar materials and the addition of decorative concrete blocks. New landscaping and a decorative water feature complete the project. 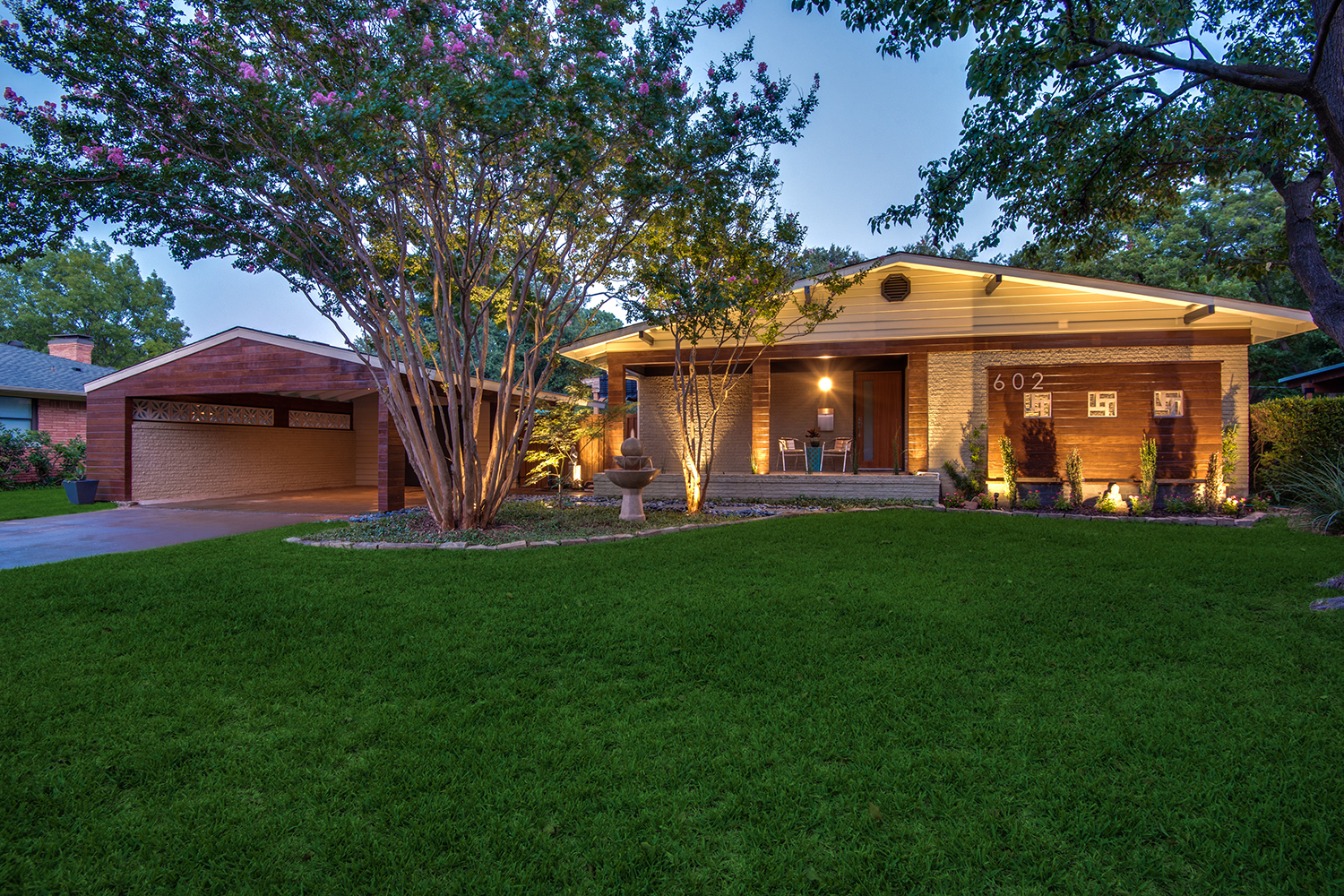 This home in the Yale Park neighborhood focused on improving their curb appeal and neighborliness by replacing grass, removing a couple existing trees and adding new landscaping. A flagstone border and walkway provide additional hardscape detail with the addition of a bench for sitting. 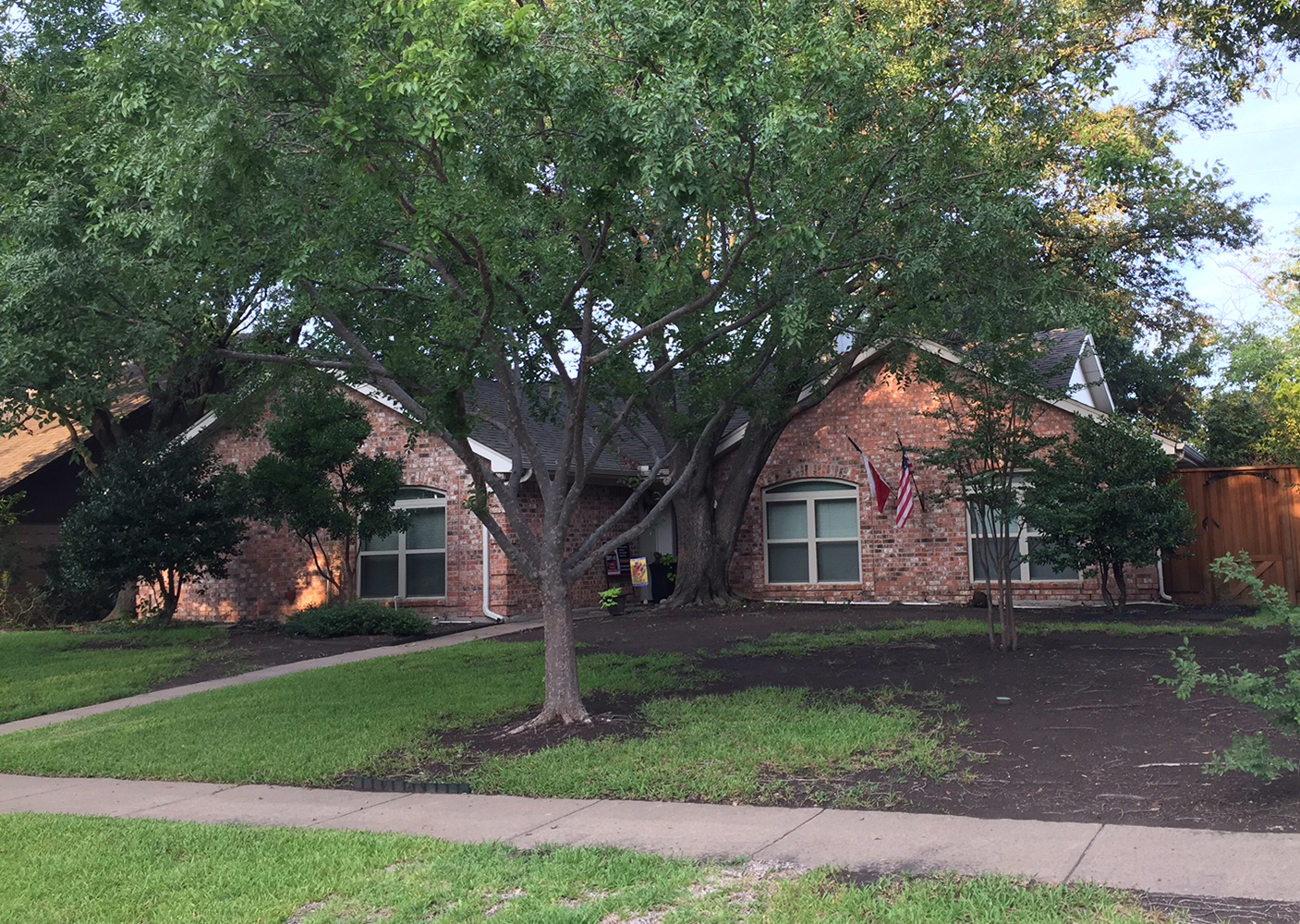 A rebuild in the Canyon Creek neighborhood, this new modern home features a standing seam metal porch, dormers and awning. The use of vertical paneling and under eave details adds architectural interest to the design. The new landscaping preserves established trees. 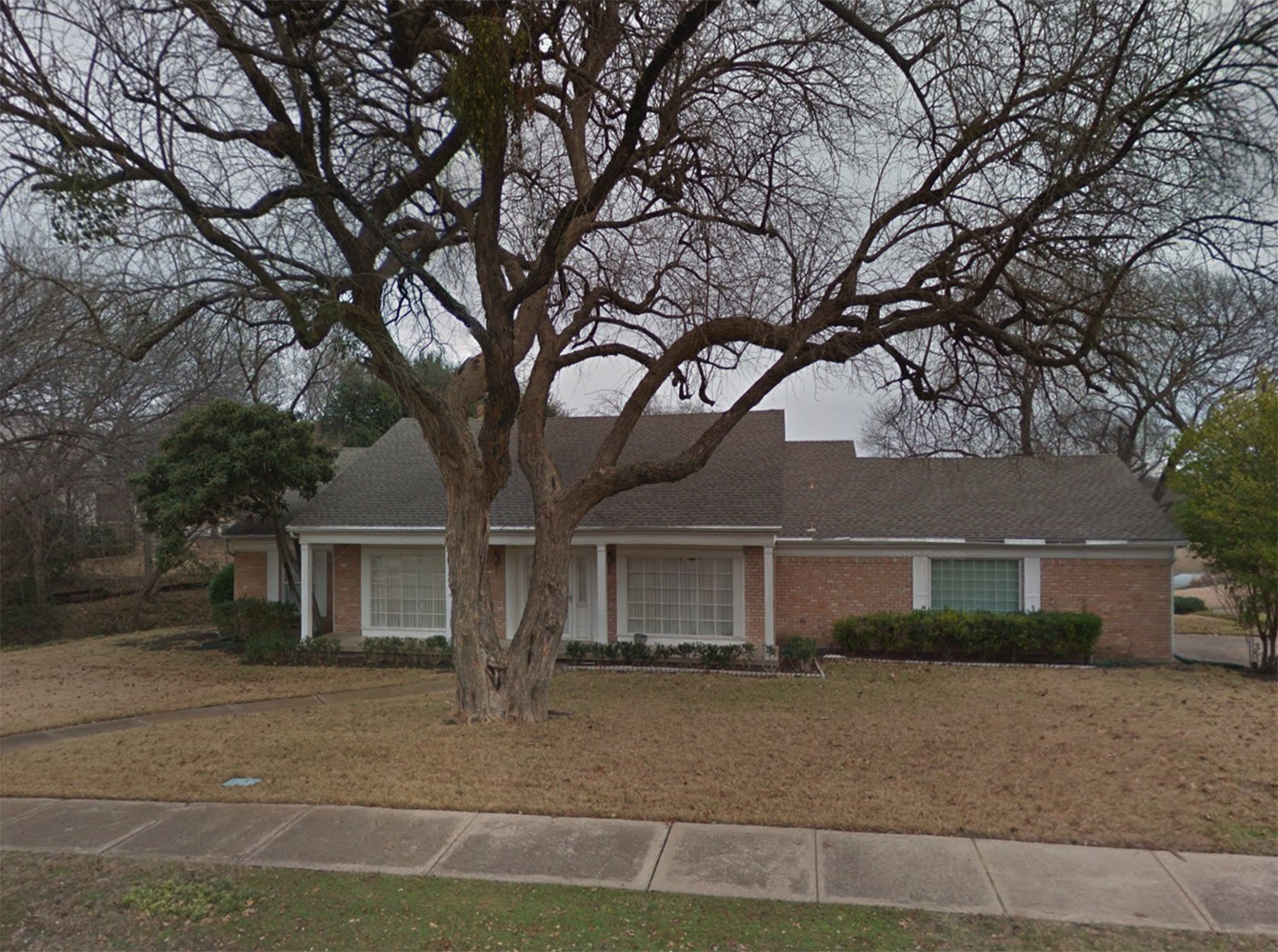 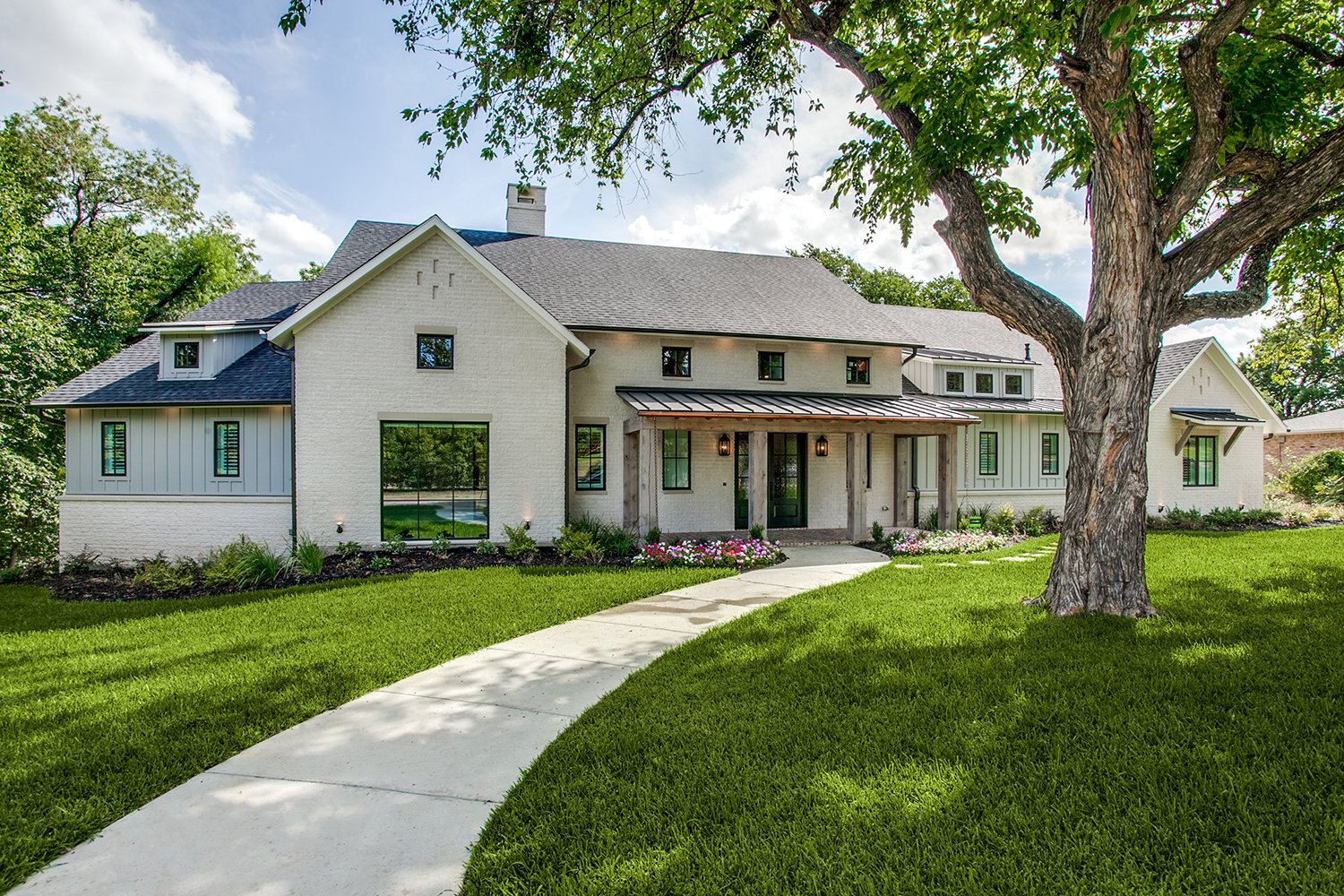 This Canyon Creek neighborhood rebuild features a modern symmetrical façade with large windows. New landscaping, including the preservation of established trees, and a concrete block walkway round out the design. 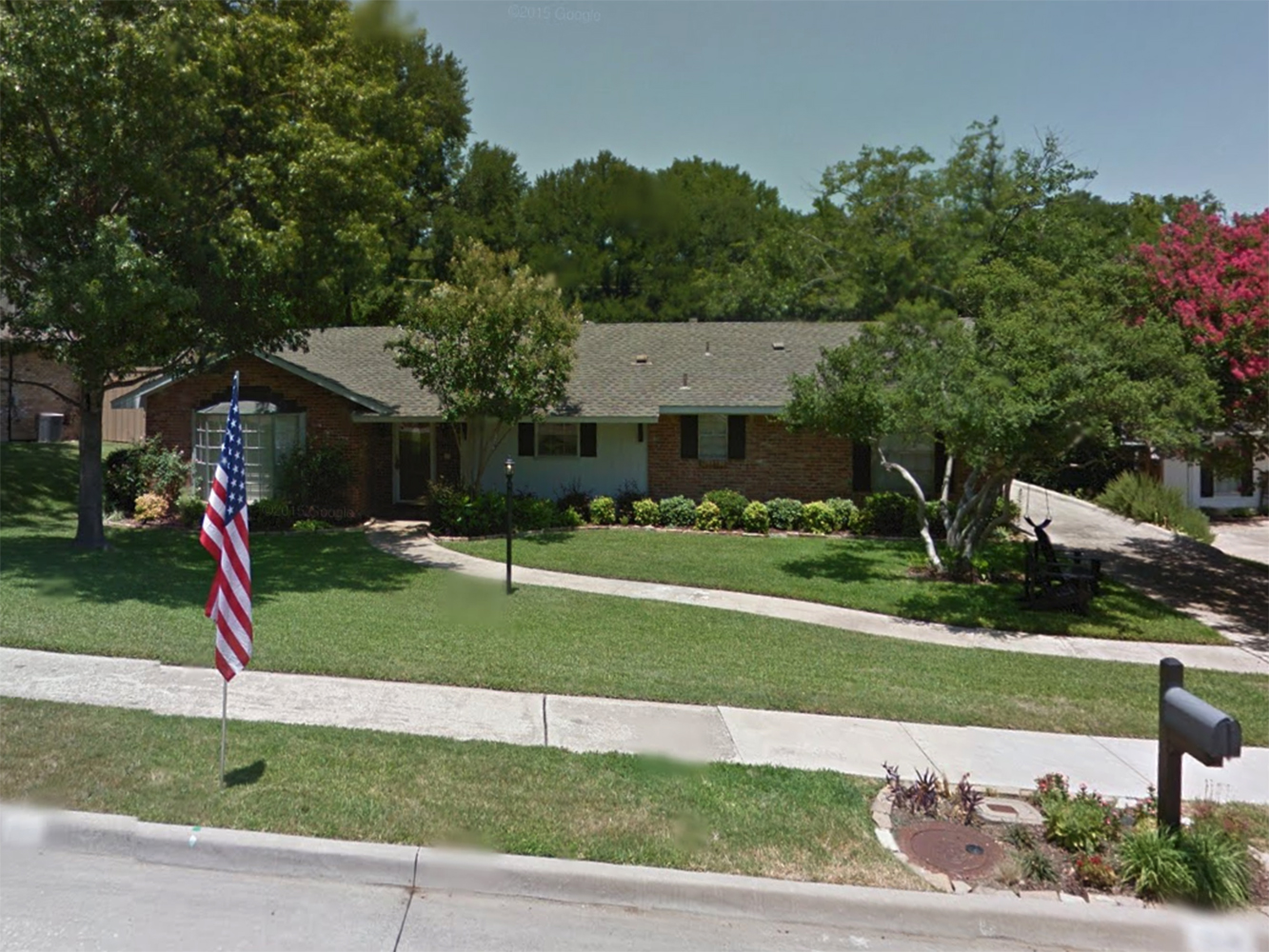 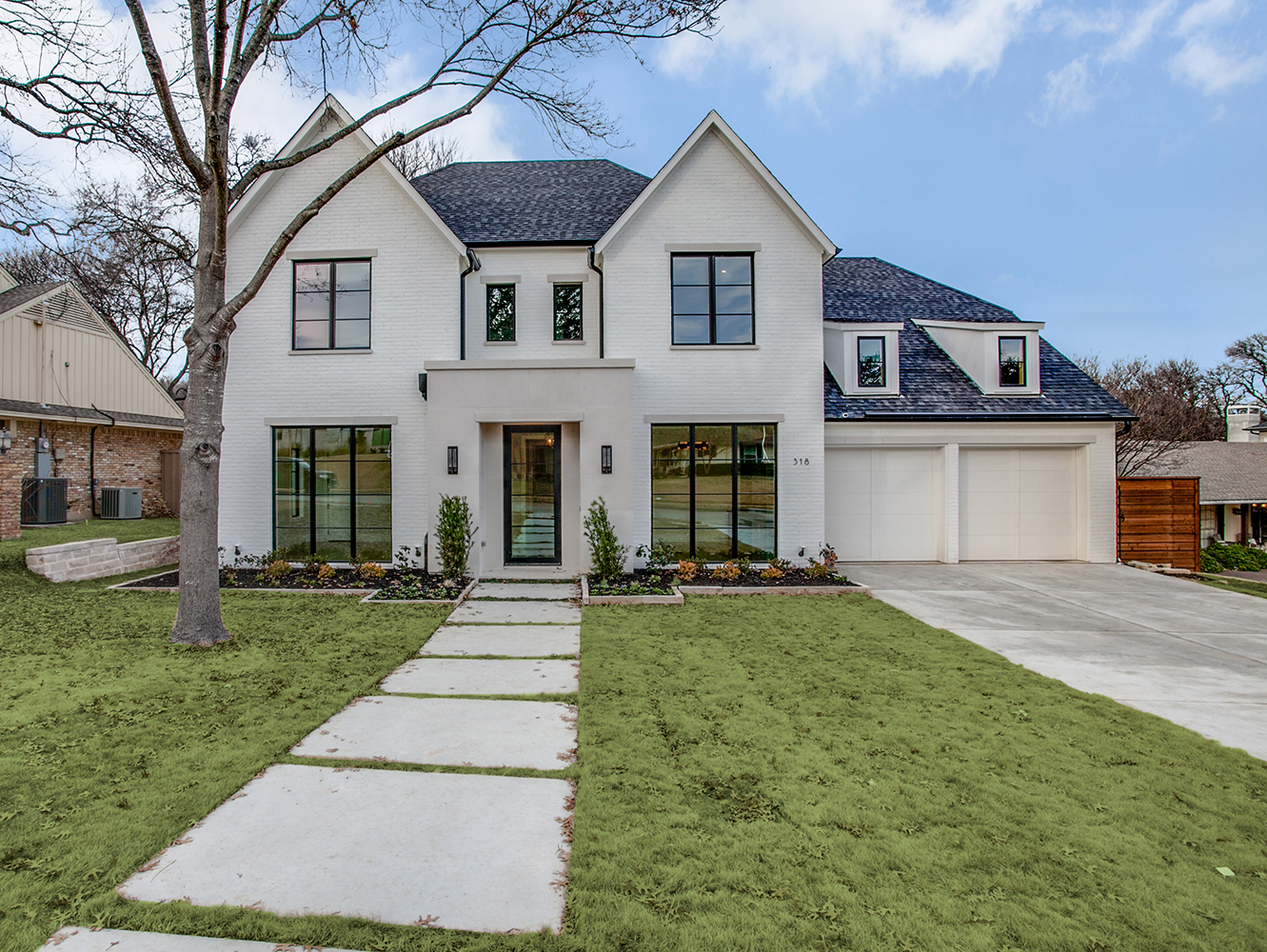