As a mature suburb with limited undeveloped land, Richardson's planning efforts have begun to focus on reinvestment opportunities and individual efforts to revitalize private property.

In January 2009, the City Council adopted a new Comprehensive Plan, which identified six “Enhancement/Redevelopment” zones that are struggling with some of the challenges of maturing suburban cities and City officials felt the that true potential of these areas could not be determined without specific, detailed study (see map below). 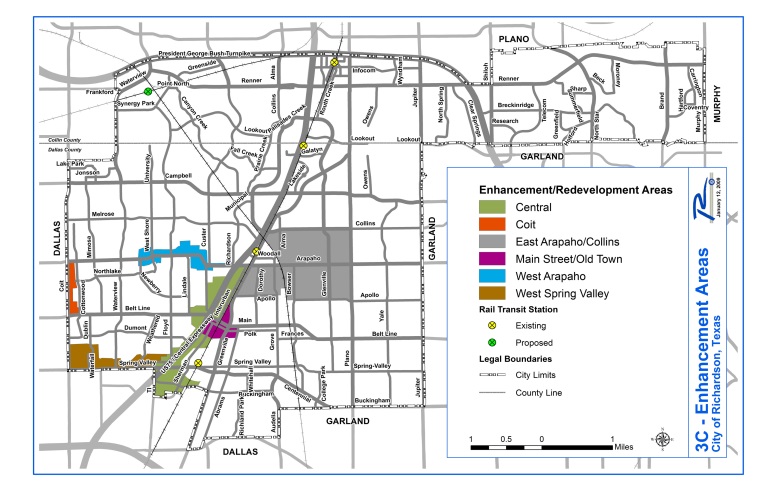