As part of the Richardson Innovation Quarter (IQ), the City of Richardson studied, tested, and implemented a series of mobility improvements on Greenville Avenue from Campbell Road to Jackson Street. A temporary demonstration of pedestrian and bicycle improvements was installed paired with public engagement through a Road Reveal community event in October 2019 and an online survey. This temporary demonstration project allowed the City to test the effectiveness of the improvements and collect data to better inform the decision-making process to install improvements permanently. City Council was briefed in November 2019 on the results of the Greenville Avenue traffic study and public input. Following this, City Council adopted the Richardson IQ zoning and form based code on December 9, 2019, which included Greenville’s reduction in vehicle travel lanes to be replaced with pedestrian and bicycle facilities. Thanks to the Made to Move grant from Degree® Deodorant and Blue Zones, LLC, in May 2020 the City moved forward installing permanent on-street bike lanes along this corridor.

A key placemaking strategy identified in the Richardson IQ Vision Study is to redesign key streets for better mobility. Many streets in the District have excess capacity; Greenville Avenue for example is designed for 3 times the capacity it needs given current traffic counts. Redesigning these types of key street to make it easier to get around the District without a car will support greater activity. 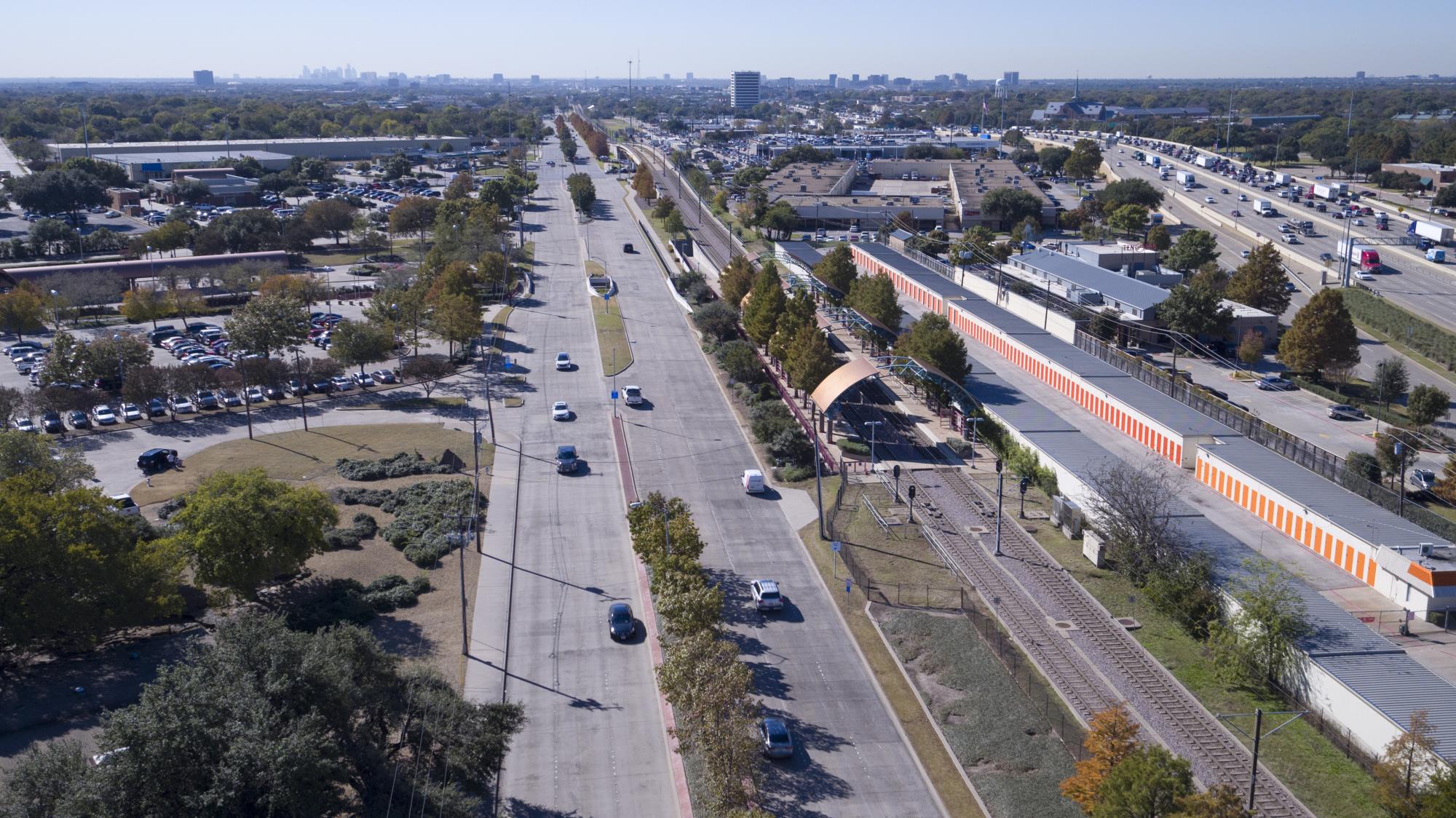 Evaluating street capacity versus usage can help identify where opportunities for mobility improvements exist. If volumes are far lower than available capacity, there is space to fill in the gaps with other transportation needs, such as pedestrian and bike improvements. Greenville Avenue was designed to have a capacity of 45,000 vehicles per day. Today, it has a usage between 11,000 (north of the DART Arapaho Center Station) and 13,000 (south of Arapaho Road) vehicles per day. Historically dating back to 1987, the highest average count of vehicles per day on Greenville Avenue occurred in 1988 with 18,734. Because of this low volume, this roadway was identified for potential bike and pedestrian improvements. Testing of this concept and in-depth traffic analysis was the next step to determine its feasibility long-term.

The Report to City Council on November 18, 2019, included a summary of the data collection and traffic evaluation findings as well as the results of the online survey and public input at the Greenville Avenue Road Reveal event. This led to the December 9, 2019, City Council meeting where Council adopted the zoning and form based code for the Richardson IQ which included the updated Greenville Avenue roadway section reducing vehicular lanes to four and repurposing this space for bicycle facilities.

But what about future growth with additional traffic? Reducing Greenville Avenue from six vehicular travel lanes to four still maintains room for future traffic growth. Although traffic growth is minimized through this area as the Richardson IQ Vision Study along with its zoning and form based code promotes future development that encourages walking, cycling and transit as the primary mode of transport. Changes to public infrastructure now to develop a multimodal corridor provides the environment for future development to come alongside supplying supporting land uses.

In 2019, the City of Richardson was awarded a grant from AARP as part of the AARP Community Challenge Program to install temporary mobility improvements along Greenville Avenue. The AARP Community Challenge grant program is part of the nationwide AARP Livable Communities initiative that helps communities become great places to live for residents of all ages. The program is intended to help communities make immediate improvements and jump-start long-term progress in support of residents of all ages and abilities. 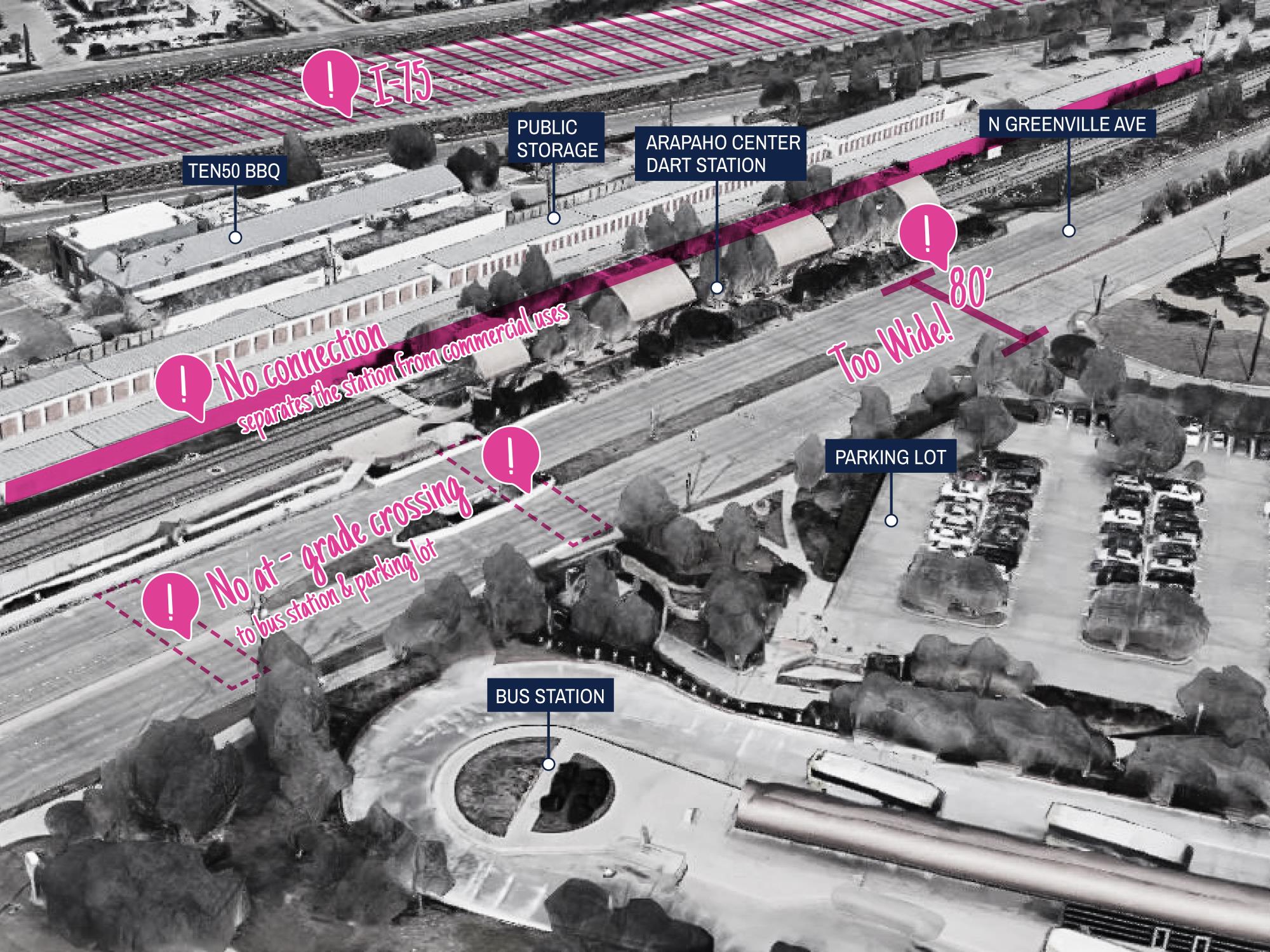 With City Council’s adoption of the Richardson IQ Form Based Code on December 9, 2019, the testing period for Greenville Avenue’s Road Diet concluded and advanced into planning for permanent design. Thanks to the Made to Move grant from Degree® Deodorant and Blue Zones, LLC, the City was able to move forward preparing for permanent on-street bike lanes along this corridor. Design was started by refining the bike lane layout implemented during the demonstration project. Feedback from the public was incorporated, including the expansion of physical barriers along the corridor separating the bike lane from vehicle travel lanes and use of green paint to alert drivers and cyclists of weaving areas when vehicles cross over the bike lane.

These new bike lanes reflect best practices to support a range of cyclist experience levels. As the Richardson IQ continues to develop, the City continues to develop partnerships and seek funding to improve mobility for all transportation modes along Greenville Avenue.

Made to Move Grant

In 2019, the City of Richardson was awarded the Made to Move grant from Degree® Deodorant and Blue Zones, LLC, to install permanent mobility improvements along Greenville Avenue. The funds were contingent upon approval of the mobility improvements by City Council if the demonstration project proved successful. The Made to Move grant program is a competitive funding opportunity created to assist communities in advancing active transportation to help all citizens live fuller, healthier, longer lives. With the ultimate goal of promoting more walkable, bikeable, transit-friendly environments for all ages, incomes and abilities, Richardson was one of five communities awarded the funding opportunity.

This grant funded a portion of the public engagement in the Road Reveal community event and installation of the permanent bike lanes on Greenville Avenue. The grant also provided support from national experts at Blue Zones who participated in the Road Reveal event, leading the bike audit, and hosting educational training to City staff and community leadership on best practices to support active lifestyles. 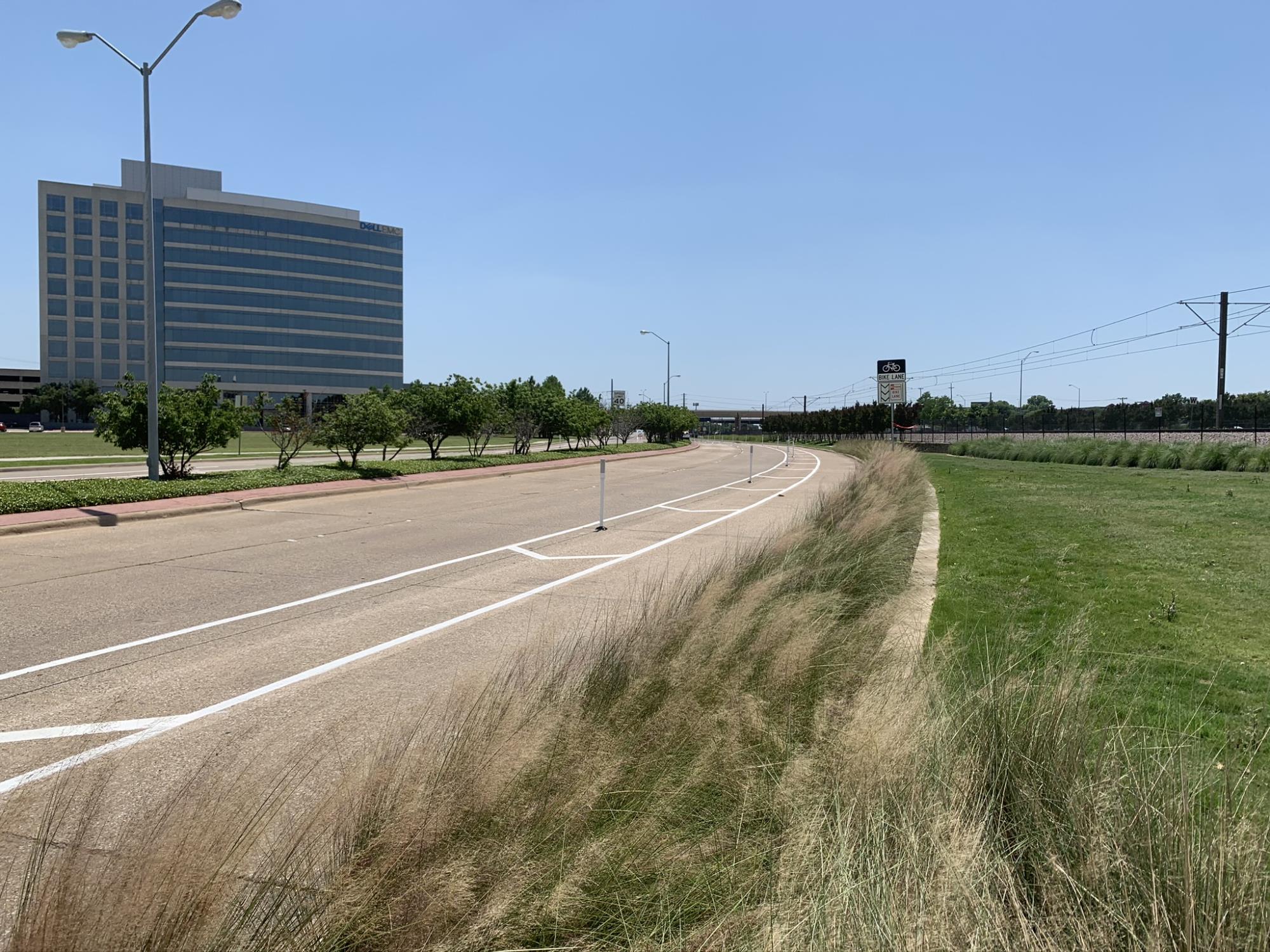 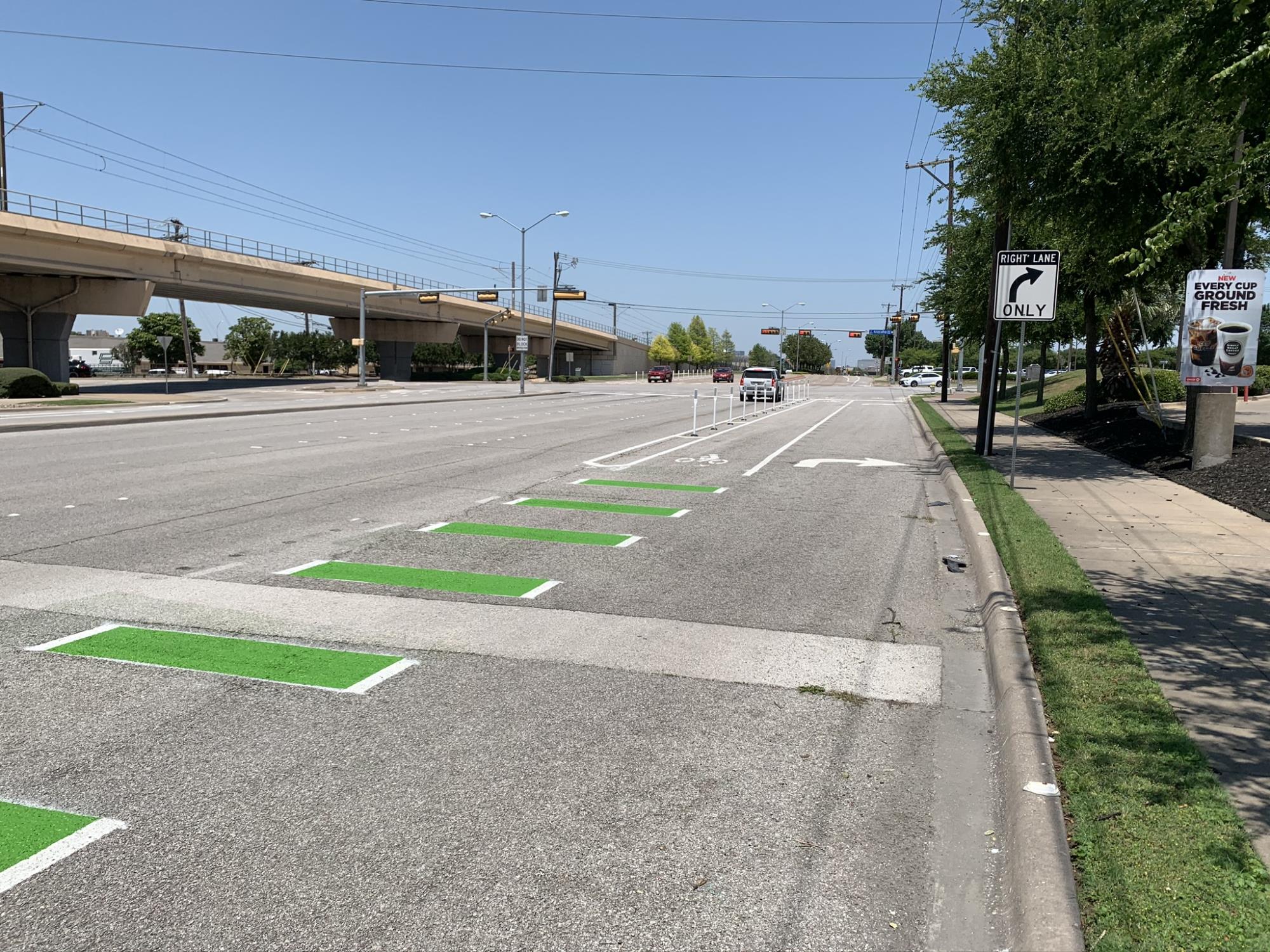 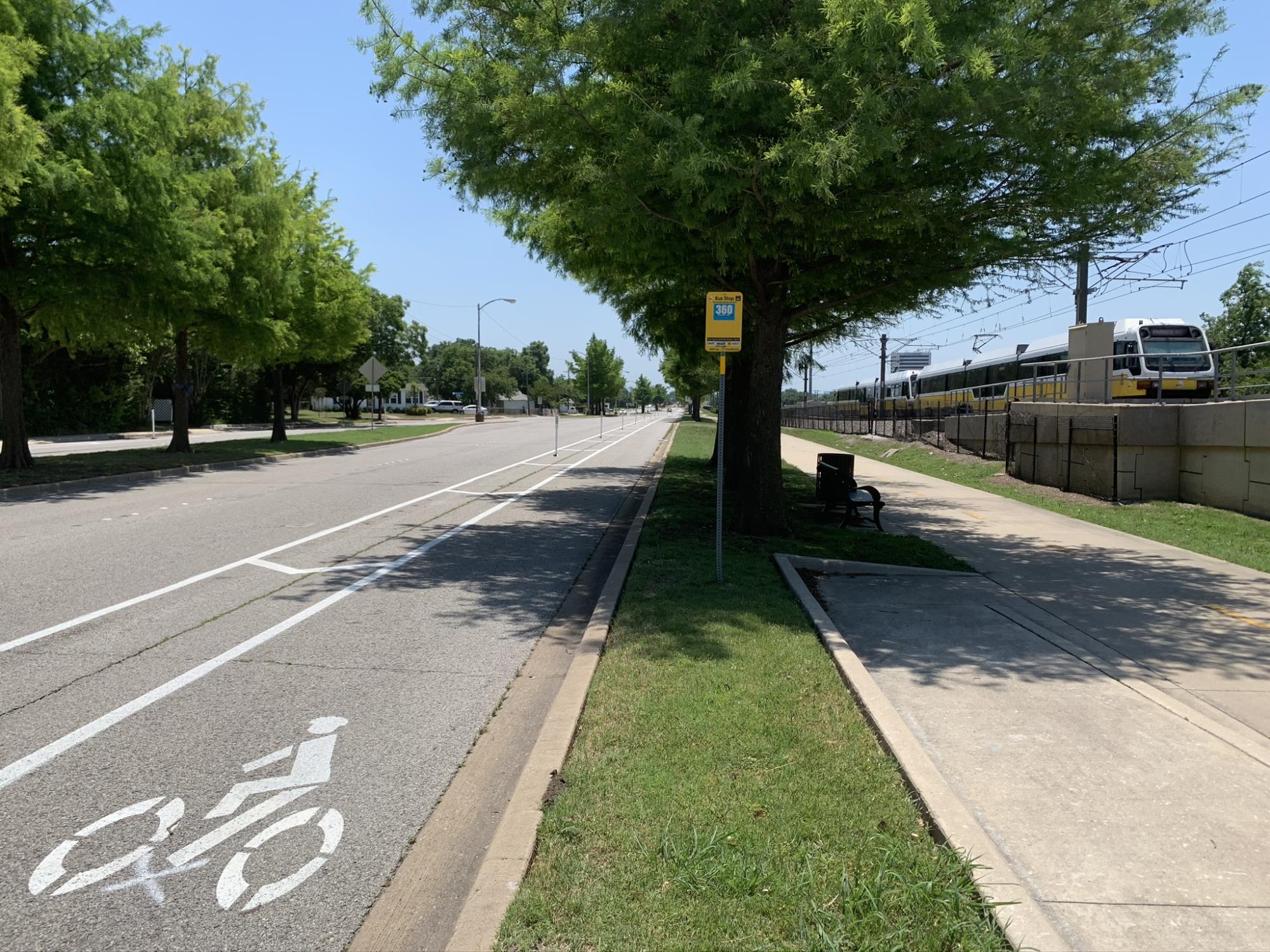 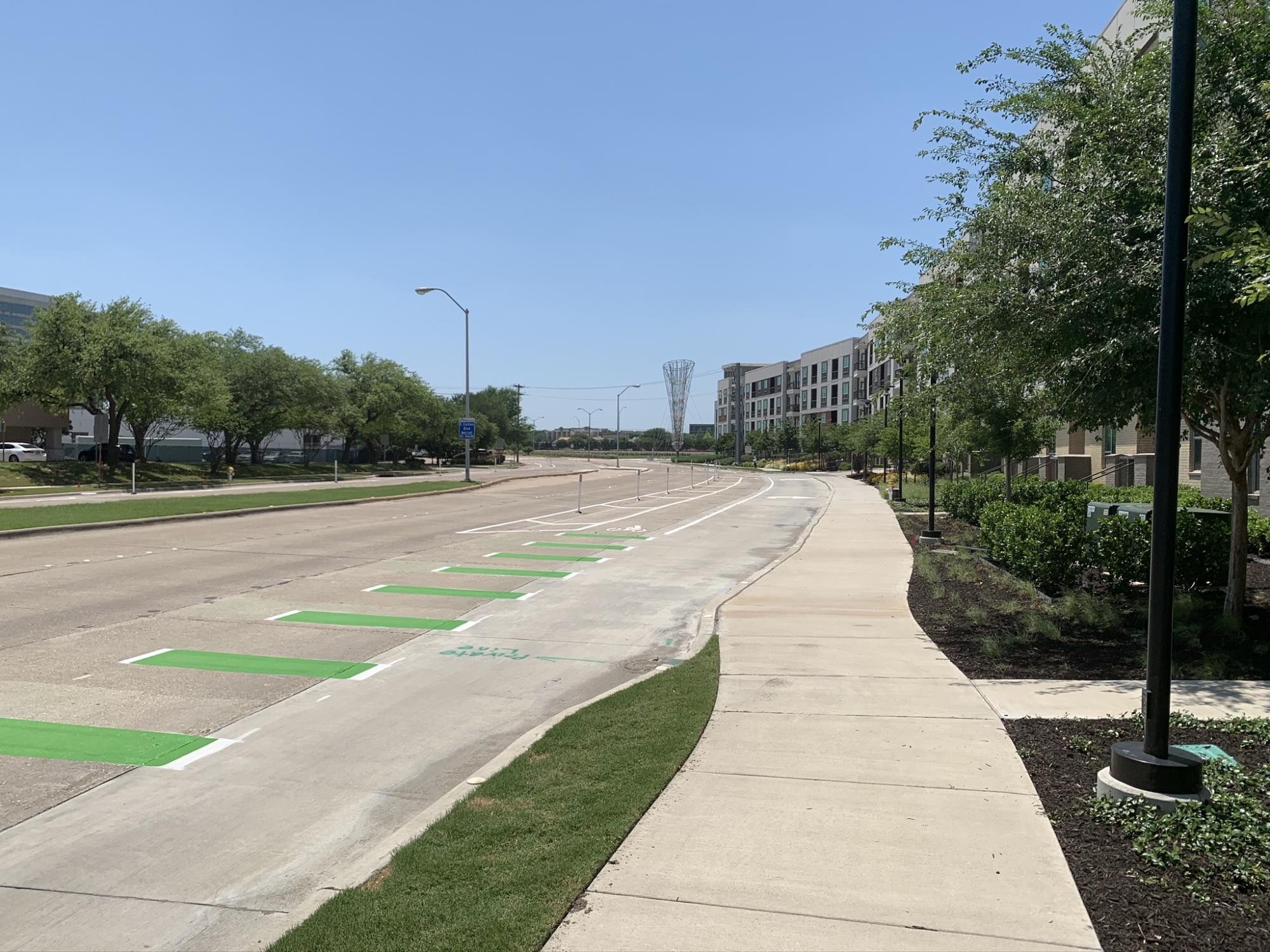