The City of Richardson is creating a strategy for redevelopment and revitalization of Main Street and the Central Expressway Corridor–Richardson’s original downtown and the major access route to the community, its business areas and neighborhoods. This project implements the 2009 Richardson Comprehensive Plan, which identified the Main Street area and the Central Expressway Corridor as two of six target redevelopment zones. The first phase of the project was completed at the end of 2012, with the report published early 2013.

In December 2012 and January 2013, staff and a consultant team lead by HOK presented the final report and recommendation as the conclusion of the first phase—market analysis and visioning process—in the revitalization effort. Input from a series of community meetings, individual and small group interviews, a focus group workshop and online surveys and questionnaires was incorporated and played an important role in shaping the community’s vision for the future of the Main Street/Central Expressway Corridor.

Where is the study area?

The Locator Map indicates the boundaries for the study. The total area is approximately 415 acres, including: 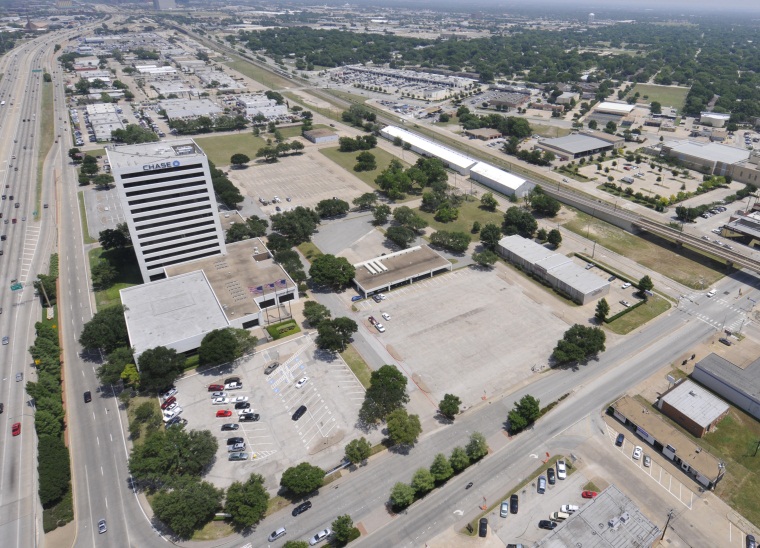 What did the study accomplish?

The first phase of the study evaluated existing zoning and land use; transportation and utilities; physical constraints and assets; building and property characteristics; and market demand. With this information as background, the study team worked with stakeholders to incorporate their desires for the Corridor into a vision for the future. The recommendation divided the 415-acre study area into 11 sub-districts, each with a redevelopment theme based on current conditions and surroundings, future market potential and the opportunity to develop a unique character. Special unifying urban design/streetscape elements were recommended for four key locations within the Corridor—Central Expressway, Main Street, Spring Valley and Chinatown.

Catalyst projects—possible future development scenarios at strategic sites—were designed to inspire redevelopment not only at those locations, but also on nearby properties. Three of these projects—at Spring Valley/Central, at Belt Line/Central and along Main Street—were created to be site-specific. The fourth—a prototype for townhome development—is an option that could be used at various locations within the study area that meet certain property and context criteria.

As part of the market analysis, each of the catalyst projects was evaluated for financial feasibility. It was assumed that a public/private partnership would be required, so part of the analysis was to determine whether the public investment in the project would provide a reasonable return to the City. In each case, the catalyst project was determined to be viable and projected to increase property values and, therefore, tax revenue to the City.

The Implementation Plan was designed around a set of five action categories:

Under each of these categories, a set of strategies was listed to help implement the plan. For example, under the “Integrate Land Uses” category, one of the strategies was “Consider Rezoning and/or Zoning Overlays for Select Sub-District Locations to Allow for a Wider Range of Uses.” Each strategy was assigned an intervention level of 1 to 5 (with 5 indicating the most aggressive type of action) and the type of City commitment necessary to achieve the strategy was described—i.e., staffing, funding or other public resources and/or the potential for partnering with other entities. 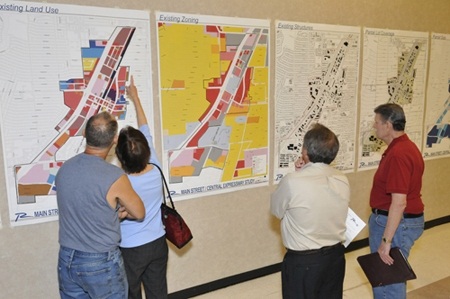 The City of Richardson has selected a team led by HOK to carry out this study from among 16 teams that applied for consideration. This team worked with the City of Richardson and the Richardson community to create the West Spring Valley Revitalization Strategy and its implementation tools. The members of the team and their primary areas of involvement are shown below.