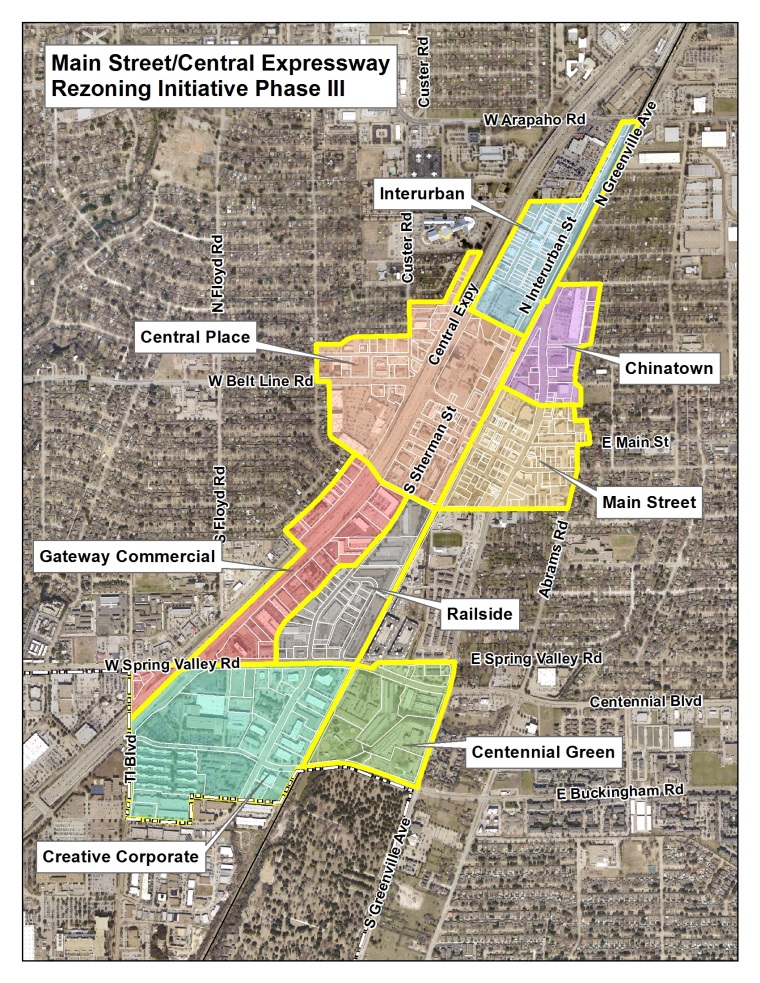 Throughout the course of this project, there were opportunities for input from property owners, business owners, and other interested persons during stakeholder meetings, community workshops, and public hearings, as well as on-line. Detailed information, including past presentations are located on the Phase 3 Project Documents page. The Main Street/Central Expressway Form Based Code (Ordinance 4191) was adopted on November 14, 2016.

The City of Richardson has selected a team led by Kimley-Horn to carry out the third phase of the Main Street/Central Expressway project. This team worked with the City of Richardson and the Richardson community to create the vision study for the Corridor, as well as creating the PD – Main Street/Central Expressway Form Based Code, which rezoned four sub-districts centrally located within the Corridor. The members of the team and their primary areas of involvement are shown below.