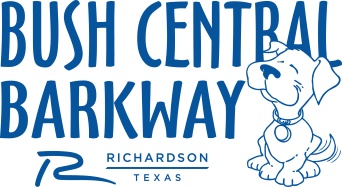 The addition of five new Mutt Mitt dispensers has been made possible by the Friends of the Dog Park! 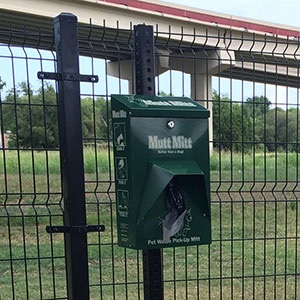 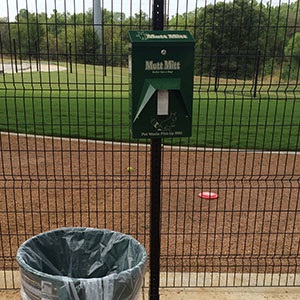 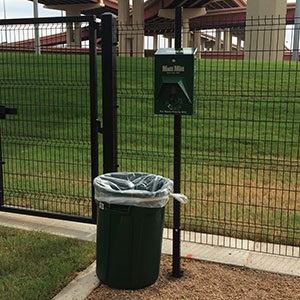 Richardson has a treat for man’s best friend as the City is complete with its first dog park named the Bush Central Barkway. A dog park has been a top priority for the City for several years. In fact, the 2010 Parks, Recreation and Open Space Master Plan identified a dog park as one of the top five most-needed park facilities in Richardson. The six-acre site is under and along the President George Bush Turnpike west of US 75.

It includes separate areas for large and small dogs, and for puppy parents who wish to host a doggy birthday party, a rental area is available. Not only that, but if your pooch isn’t as perky anymore, is now settling into a slower pace or recovering from surgery, an area for sedentary dogs is also available. The park has a central plaza with restrooms, shade structures and open space with different textures that include grass, decomposed granite, stone and logs.

The space was made possible by Oncor and TxDOT who have graciously allowed the city to use their land for this facility. 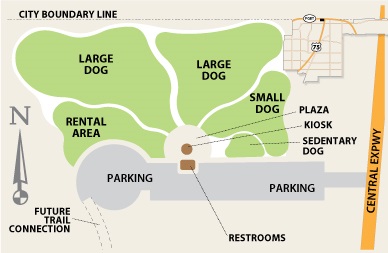