The Library Board meets on the second Wednesday of every other month at 6:30 p.m. in the 2nd Floor Conference Room. Meeting dates, member information, and the current agenda are all available on the City of Richardson Public Notices page.

The mission of the Richardson Public Library is to make readily available to the community materials and services that will promote excellence in informational, recreational, and educational pursuits; and seeks to encourage activities and ideas that will stimulate, enrich and expand interests of patrons of all ages.

The Richardson Public Library began in 1947 as a branch of the Dallas County Library. It occupied a few crowded shelves in the back room of Cash Dry Goods store at 108 East Main. Miss Jessie Durham, the proprietor of the store, served as librarian. The population of Richardson was then 1,200 and the library collection numbered four hundred volumes.

Eleven years later, a city ordinance authorized the library as an official city department. A $100,000 bond issue was approved to cover the costs of construction of a new building. On November 22, 1959, citizens literally carried the books from Cash Dry Goods store to the new location at 310 East Tyler. This 5,800 square foot, red-brick building sat behind the police station and consisted of two rooms separated by the circulation desk. The population of Richardson was then about 12,000.

By 1965, the library had again outgrown its space. In July, the citizens approved bonds to finance a new location. The current library building opened its doors December 1, 1970, at an estimated cost of $2 million. The city population was then nudging 50,000. The 81,650 square foot, four-story building opened with the use of two floors and a small portion of a third. By 1980, the basement reference department had been added. In 1993, a bond election was approved to finish the third floor, install a second public elevator, and totally renovate the remaining space. In February, 1995, the work was completed and the building opened to the public. 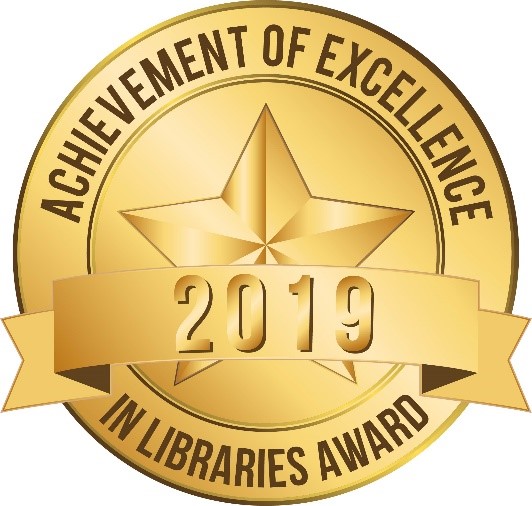 For the 15th consecutive year, Richardson Public Library has received the 2019 TMLDA Award.  The award is the “Achievement of Library Excellence Award” presented by the Texas Municipal Library Directors Association.  Richardson Public Library met the Association’s benchmarks of excellence by: conducting a summer reading program, providing services to underserved populations, providing enhanced service to the public through an increase in service or a change in type of services, providing cultural, topical and educational programming for adults and families, providing literacy support for all ages, investing in collaborative efforts, and establishing professional staff training at all levels.  RPL is one of only 53 public libraries out of the total 571 libraries in the state to receive the award this year.

Thanks to our community for offering suggestions to help make RPL a great library!

The Richardson Public Library updates its strategic plan every five years to communicate strategic priorities, to review best practices for library service, and to maintain its accreditation with the Texas State Library and Archives Commission (TSLAC). The Library began working on a new plan, beginning if Fall 2017.  It was approved by the City Council on February 5, 2018.  To view the plan, please click the link below.