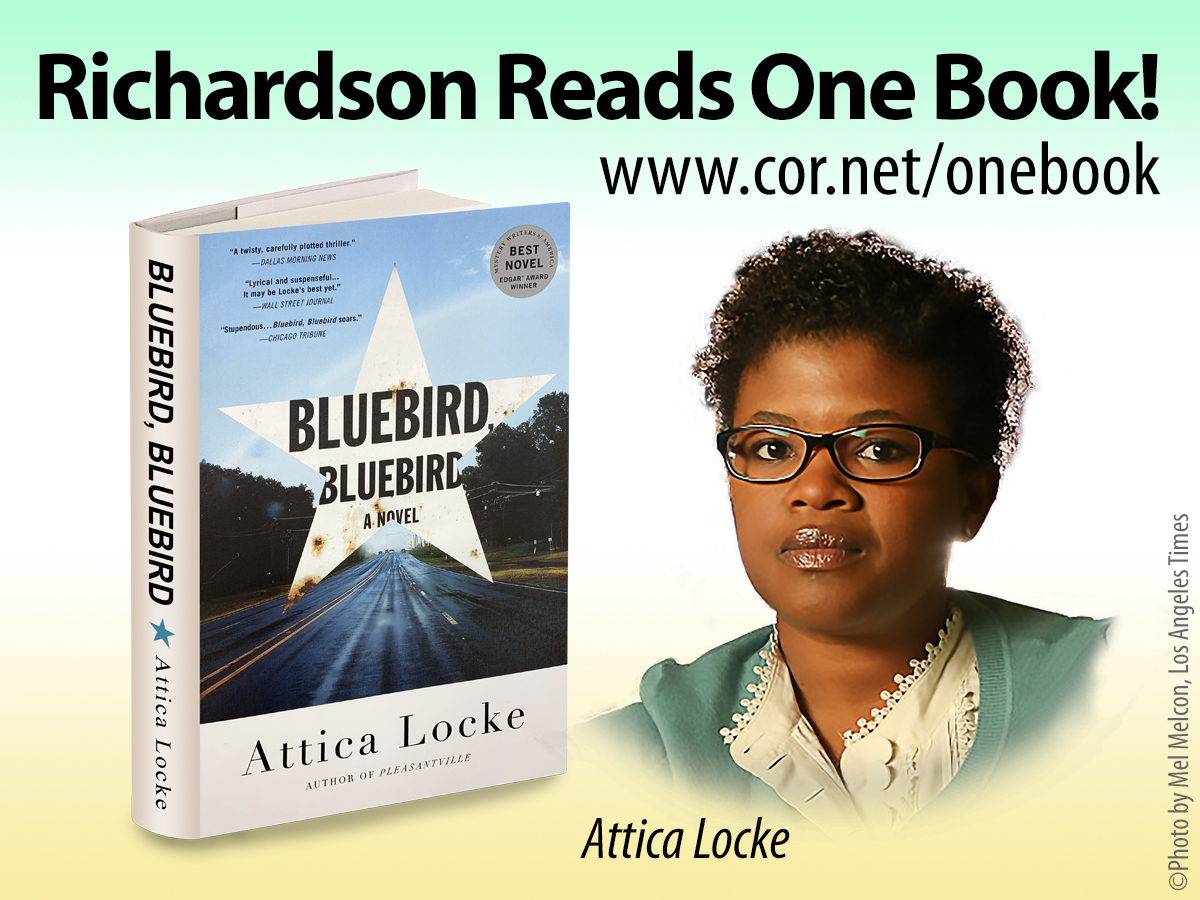 Winner of the 2018 Edgar Award for Best Novel

A "heartbreakingly resonant" thriller about the explosive intersection of love, race, and justice from the writer and producer of the Emmy-winning Fox TV show Empire. ~ USA Today

Locke writes in a blues-infused idiom that lends a strain of melancholy and a sense of loss to her lyrical style. ~Marilyn Stasio - New York Times Book Review

Locke is a brisk writer with a sharp eye for the subtleties of how rural white Southerners tend to act as if their little towns belong to them - and react harshly to black independence.  Still, those truths are not necessarily the evidence one finds in a murder investigation in a small town in Texas. Those places are complicated. ~ Neely Tucker - Washington Post

Powerful...Locke is a master of plot who's honed her craft...The deepest pleasures to be found in Bluebird, Bluebird, though, are in her renderings of those who've loved and lost but still want to believe in the world's benevolence. ~ Leigh Haber - Oprah Magazine

Absorbing...Darren must deal with his conflicting loyalties to his family and to Texas, as well as his identity as a black man, as he struggles for justice in this tale of racism, hatred, and surprisingly, love. ~ Publishers Weekly

Locke, having stockpiled an acclaimed array of crime novels, deserves a career breakthrough for this deftly plotted whodunit whose writing pulses throughout with a raw, blues-inflected lyricism. ~ Kirkus Reviews

An atmospheric, convoluted mystery seasoned with racial tension and family loyalty...Locke is a gifted author, and her intriguing and compelling crime novel will keep readers engrossed. ~ Sandra Knowles - Library Journal