Work has started on a $37 million overhaul of the US 75 interchange at President George Bush Turnpike (PGBT).

The project, led by San Antonio-based Zachry Construction Corp., will reconfigure the ramps and merges at US 75 and the PGBT, one of DFW’s busiest interchanges. The work includes extending the railroad bridge just north of PGBT, constructing new auxiliary lanes and rebuilding the Plano Parkway bridge spanning US 75. 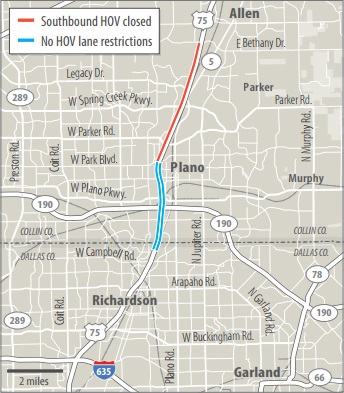 Existing retaining walls along US 75 in the vicinity of Plano Parkway will be pushed back, allowing for construction of additional lanes to improve traffic flow between US 75 and PGBT.

Along northbound US 75, the additional lanes will allow for the existing traffic pattern to be reconfigured so that vehicles trying to exit onto 15th Street will not have to cross the path of traffic entering US 75 from PGBT.

Northbound motorists on US 75 trying to get to 15th Street will eventually have to use the Plano Parkway exit, farther south. Eliminating the current exit and creating an entry-only onto US 75 will ease traffic flow in that area, which now backs up with thousands of motorists trying to safely enter US 75 from PGBT, while at the same time, others try exiting US 75 to get to 15th Street. 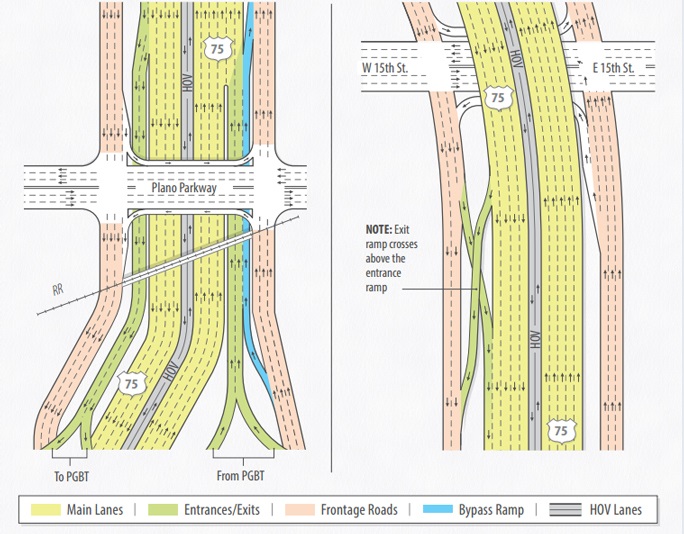