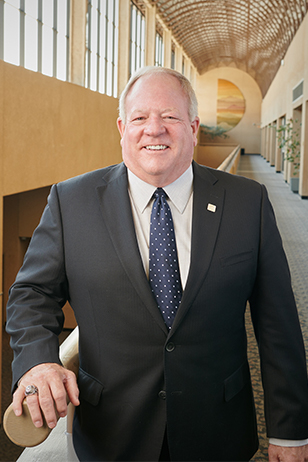 Dubey has lived and worked in Richardson for more than 50 years, attending Richardson Independent School District (RISD) schools from K-12. In 2016, he retired from the RISD after 40 years of employment, as a teacher, coach and 17 years as the District’s Athletic Director. While with the RISD, he served as District University Interscholastic League (UIL) chairman, Regional Director for the Texas High School Athletic Directors Association (THSADA) and as THSADA president.

His awards are many:

Dubey is a graduate of Southern Arkansas University and an alumni of Leadership Richardson Class XXIV. He and his wife, Tammy, have two children and three grandchildren.