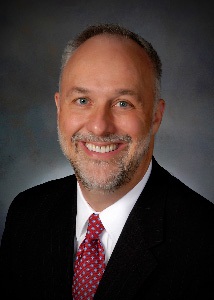 Dan Johnson's more than four decades as a public administrator have been served in a variety of capacities in the DFW Metroplex. Prior to his move to Richardson in 1996, Johnson served for 11 years at the City of Carrollton, Texas, including three years as City Manager, and eight years as Deputy City Manager. Earlier service included responsibilities as Director of Regional Services for three years at the North Central Texas Council of Governments (NCTCOG, D-FW metro area), and he was Budget Officer in Sherman, Texas, for five years.

Johnson was appointed to the position of City Manager by the Richardson City Council in 2012. Prior to serving as city manager, Johnson served as Richardson's Deputy City Manager from 1996 until his appointment to City Manager. As Deputy City Manager, Johnson served as the Chief Operating Officer (COO) for the City, and, was instrumental in the City's achievement of a AAA rating from both Standard & Poor's and Moody's, a distinction shared by only six other cities in Texas and 6 percent of cities nationwide.

Johnson also played a central role in Richardson's economic development impact. Johnson has been active in development initiatives around DART station-area Transit-Oriented and Mixed-Use Development land uses. He played a lead role in the use of planned development tools for the creation of the 200-acre "CityLine" development, anchored by State Farm and Raytheon. Johnson also served as project manager for the Eisemann Center for Performing Arts and Corporate Presentations at Richardson’s Galatyn Park, and led the creation of a 900-acre Richardson Tax Increment Reinvestment Zone to support redevelopment initiatives along South Central Expressway.

Dan serves on the Methodist Richardson Medical Center Advisory Board, the University of Texas at Dallas Development Board and the Advisory Council for the UT Dallas School of Economic, Political & Policy Sciences. He also serves as Treasurer and Board Executive Committee Member of the North Texas Commission.